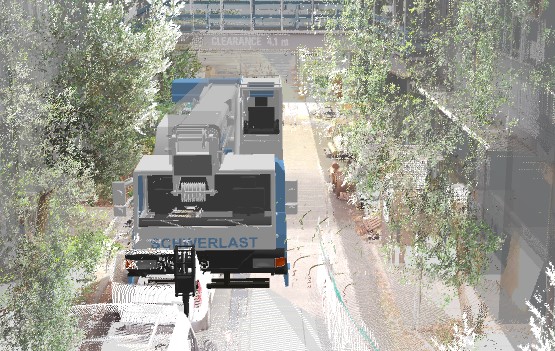 Monash University research into fatal crane accidents worldwide has sparked the development of new cutting-edge technologies based on gaming software that could help save hundreds of lives.

According to Dr Fang, current practices in lift planning and operation are ineffective and severely out of date in terms of recognising and mitigating potential safety risks. He said they can’t respond to the increasing complexity of and rapid changes on a construction site which puts workers’ safety in jeopardy.

His team turned to gaming technology to help them develop simulation software that allows them to pre-plan and practise risky lift manoeuvres in a close-to-reality and risk-free virtual environment.

“Cranes are involved in a significant number of injuries and fatalities in construction, with people being hit by crane parts/loads and electrocution being the most frequent cases,” said Dr Fang, whose research was in response to a series of fatal crane accidents across the world.

“Many of these incidents are due to the misjudging of space between cranes in the work site and surrounding entities, such as workers, power lines and structures.”

Just recently, a man was killed and two others injured when a tub of concrete fell from a crane at a construction site in Box Hill, Victoria. There was another case of a man being run over by a crane in Adelaide last year.

“Current practices cannot ensure a safe workplace during crane lifts because of a number of deficiencies in existing planning techniques – the most severe being inadequate consideration to avoid cranes swinging over workers,” he said.

In response to these challenges, Dr Fang’s team has developed a Lift Virtual Prototyping (LVP) system which enables the lift team to plan lift activities through a process of modelling, simulation, and analysis.

The team can use the system to optimise the crane’s location and lift path based on pre-designed models and accurate cloud data that represents the workspace, including up-to-date spatial constraints at the time of the lift.

Prior to undertaking the task, workers can build a virtual prototype of a crane lift in a virtual, risk-free environment and collaborate with other workers to carefully plan and time risky manoeuvres.

In addition, Dr Fang’s team created a Real-time Smart Crane system that can capture the crane motions and monitor the spatial clearances between the crane parts/load and surrounding entities. Results from rigorous field testing with real cranes on construction sites and offshore platforms have been integrated into this system.

The system can also detect if a worker approaches or walks into the crane workspace, and assessments can be made as safety issues emerge.

“Workers should no longer need to be concerned if a heavy load might fall on them. This technology alerts the crane operator if workers move into the danger zone under heavy loads so they can adapt accordingly,” Dr Fang said.

“With an emphasis on workplace safety and improved project management practices, we’re hoping to engage industry partners to support further research in this important area. No worker should feel unsafe while on the job and these new technologies might provide a life-saving solution.”