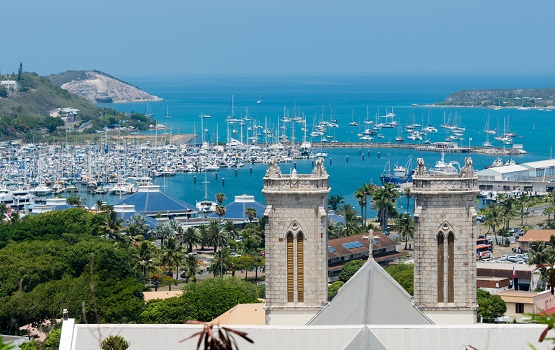 A self-sustaining program that helps provide long-term protection for communities from dengue has been announced in New Caledonia, the fourth Pacific country to sign up to the program.

Monash University’s World Mosquito Program (WMP) (formerly Eliminate Dengue) has signed a collaboration agreement with partners including the City of Noumea, Government of New Caledonia and the Institute Pasteur in New Caledonia (IPNC), at an event in Noumea.

The WMP will use its ground-breaking research to trial the introduction of naturally occurring Wolbachia bacteria to New Caledonia mosquito populations.

Wolbachia prevents dengue from being transmitted between people and also has the ability to block other mosquito-borne viruses such as Zika and chikungunya.

Once released, the Wolbachia carrying mosquitoes breed with local mosquitoes, passing on the bacteria to their offspring. Within a few months, the majority of mosquitoes carry Wolbachia, providing a self-sustaining method of protecting communities from these harmful viruses.

“We are extremely pleased to be working with our partners to bring our long-term solution to the dengue burden in New Caledonia. We look forward to rolling out the program to communities in the city of Noumea,” he said.

“With mosquito-borne viruses posing a global health threat, our program provides an affordable solution to strengthen health security in the region.”

The program will be established in the city of Noumea, with the first mosquito releases to commence later in the year.

Since 2011, WMP has been conducting field trials using the Wolbachia method. Long term monitoring has shown that when a high proportion of mosquitoes in an area carry Wolbachia, local transmission of the disease has stopped. New Caledonia is the eleventh country to become part of the program, joining Brazil, Colombia, Australia, Indonesia, Vietnam, India, Sri Lanka, Fiji, Vanuatu and Kiribati.

About the World Mosquito Program (WMP)

Working to help protect the global community from mosquito-borne diseases, the World Mosquito Program (WMP), formerly the Eliminate Dengue Program, is a not-for-profit initiative led by Monash University, Australia. It uses a safe, natural and effective method to reduce the threat of viruses such as Zika, dengue and chikungunya. Through our collaborative and innovative approach, we are helping to protect local communities from these diseases across Australia, Asia, Latin America, and the Pacific Islands.