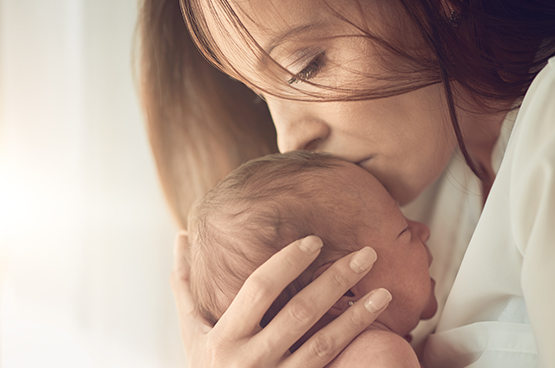 A Monash University led study has revealed early clues to identifying which low-weight new born babies are at risk of developing future heart problems, opening the way to better monitoring and treatment.

Up to one in ten babies are born small for their time in pregnancy (whether premature or full term). It is estimated there are approximately 4000 such births in Australia annually, with fetal growth restriction (FGR) being linked to a higher risk of stroke, hypertension, diabetes and death due to heart disease during adulthood (55-70 years of age).

This new landmark study reveals that by using high resolution ultrasound of the heart and the blood vessels, early sub-clinical indicators can be noted as early as two weeks post birth in babies born with FGR.

Published in the Journal of Pediatrics along with a review in the Journal of Perinatology, the study led by Monash University’s Professor Sehgal showed that babies born preterm and at a low birth weight (even after adjusting for the effects of prematurity) have significantly higher blood pressure (though still within overall normal range), compared to those born preterm but well grown.

Additionally, their blood vessels appeared thicker, stiffer, and less compliant. These babies will be reviewed again at the end of the year when they are approaching their second birthdays. There is pre-existing information that these findings tend to persist well into adolescence, and may well be the most important link between low birth weight and adult onset cardiovascular ailments.

Professor Sehgal said that this high risk population should be followed closely from in utero to at least adolescence using ultrasound to pick early clues before clinical disease sets in.

“Babies born with FGR have a significantly increased incidence of chronic disease, and preliminary information suggests a healthy life style, exercise, and a diet rich in fish oil may be beneficial” he said. A study assessing the safety and the impact of actual supplementation with fish oil is sorely needed, and is being planned.

According to Professor Sehgal, these results call for an overhaul of the way doctors and maternal and child nurses review the health of babies.

“If the history shows they suffered from FGR then these babies should be followed up closely with early testing for chronic disease.”

Given these ailments fly under the radar for a long period of time, early detection and then early intervention could provide a better life for these children moving into adult hood and would provide enormous savings for a health system currently burdened by chronic disease,” he said.

A study done by the Spanish collaborators noted improvements in cardiac and vascular measures in FGR infants who were exclusively breast fed. Additionally, a diet rich in omega-3 fatty acids in the early years has also noted significant improvements.