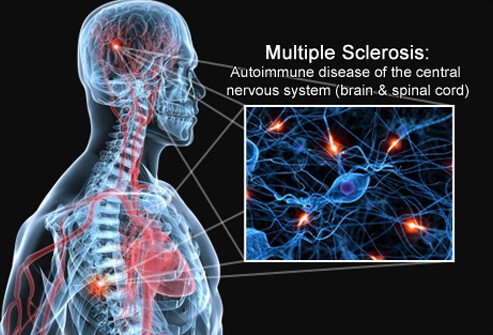 Monash University researchers are set to conduct a large study into a drug that may thwart the progression of Multiple Sclerosis (MS).

The preclinical study, led by Dr Steven Petratos from the Department of Neuroscience,was given the go-ahead after MS Research Australia announced a $70,000 grant to support it. If successful, clinical trials would follow.

The novel drug could potentially help patients with Secondary Progressive MS, the stage that follows relapse and remission, when the disease steadily worsens. About half of MS patients have this. MS affects more than 23,000 people in Australia, causing symptoms that include muscular spasms and problems with coordination, weakness, balance and functioning of the limbs.

The drug, a small molecule called DITPA (Diiodothyropropionic acid), may offer protection to nerve fibres damaged by the disease in the brain, spinal cord and optic nerves, as well as enhancing their repair.

Its effects, and the mechanism that allows it to work, were found serendipitously by Dr Petratos’ team during research into a group of molecules affecting the development of human brain cells called oligodendrocytes, which play an important role in interacting with, supporting and protecting nerve fibres. Diseases such as MS occur when the protective covering provided to the nerve fibres by the supporting brain cells is damaged or missing.

DITPA was approved by the US Food and Drug Administration (FDA) for use in clinical trials to treat a rare disorder called Allan-Herndon-Dudley syndrome (AHDS), which severely affects movement, and has been used in larger trials for cardiac problems.

The molecule has the advantage of being able to cross the blood-brain barrier to target affected cells in the brain, a limitation of existing treatment, Dr Petratos said.

“The drug that we’ve identified may have a significant benefit in changing the course of MS progression primarily from the aspect of protection of the central nervous system as well as enhancing repair,” he said.

Dr Petratos said that while a range of existing drugs moderated the disease and treated the inflammation associated with it, they did not address the degenerative aspect.

“This is a potential game-changer for MS patients in the future,” he said.

Dr Matthew Miles, CEO MS Research Australia, said, “We’re very pleased to be involved in this unique study which has the potential to help the thousands of people with progressive MS.

“Repurposing an existing human drug to protect nerve fibres from degradation is different to the standard approach and we’re excited to see the results,” Dr Miles said.

The MS Research Australia grant was a huge endorsement for the research, which had taken six years so far, Dr Petratos said.

“The funding situation for MS research is dire in Australia; I feel honoured and privileged to have received this grant. The support of MS Research Australia, and patient advocates Roy Langsford OAM and Carol Langsford OAM from the Trish Multiple Sclerosis Research Foundation is vitally important.”

The research has been supported in the past by MS Research Australia, the Trish MS Research Foundation, National Multiple Sclerosis Society (US) and NeuOrphan Pty Ltd.

Dr Petratos’ lab will now test for possible side effects of the drug and any toxic outcomes. The drug would need to be tested in the long-term as repair to nerve fibres would take years, he said. The molecule has been patented and the researchers are negotiating with a potential commercial partner to further develop and test the drug in clinical trials.

Dr Petratos was aided by PhD students Jae Young Lee, and Min Joung Kim, among others.