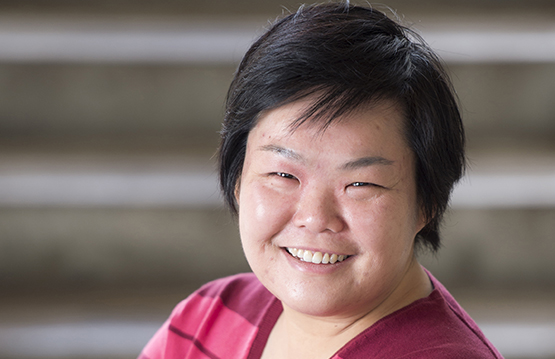 In recognition of their scientific and intellectual excellence, Monash University researchers have taken out four of the ten Victorian Tall Poppy Awards for 2017.

The Tall Poppy awards are run by the Australian Institute of Policy and Science (AIPS) to honour up-and-coming scientists who combine world-class research with a passionate commitment to communicating science. The awards are held on a state by state basis to celebrate researchers across science, engineering and mathematics.

Dr Connie Wong’s laboratory has shown that stroke not only damages the brain but also directly weakens the immune system in such a way that the “bad” bacteria in the intestines can escape and travel to other organs to cause fatal infections. Her research has revealed an important role for the gut in patients who develop infections after stroke, and could trigger a change in stroke patient management in hospitals and reduce the overuse of ineffective antibiotics.

Dr Eric Chow has recently found that mouthwash can kill gonorrhoea in the throat and is now conducting a clinical study to see whether regularly using mouthwash can prevent humans from contracting gonorrhoea.

Dr Jess Frith’s research aims to understand how biomaterial signals are sensed by cells and how this tells them what tissue to form. To engineer a tissue, stem cells must be combined with a biomaterial which act as ‘bricks and mortar’ to form the tissue. This knowledge will be essential to inform the future design of biomaterials that have just the right properties to instruct cells to form our desired tissue and help us realise the dream of tissue‐engineering.

As part of the Young Tall Poppy campaign, award winners will spend a year sharing their knowledge with school students, teachers and the broader community through workshops, seminars and public lectures.

“They also helping to be positive Science ambassadors by working with the education and community sectors to encourage greater engagement in science.” said AIPS General Manager, Ms Camille Thomson.

Monash University has produced several Tall Poppies since the awards were established in 2000.