Monash discovery may unlock the key to infertility in older women 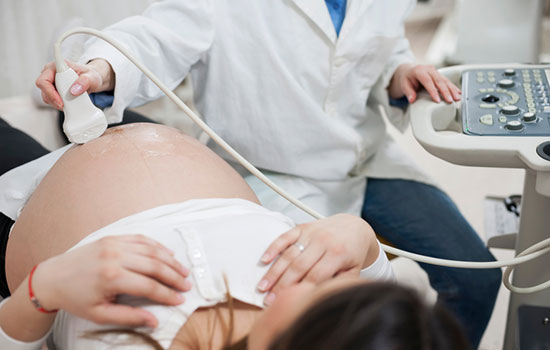 Findings from new research led by the Monash Biomedicine Discovery Institute (BDI) may finally resolve, and potentially provide answers, as to why older women have higher incidences of miscarriage and have babies with chromosomal abnormalities.

Female fertility declines rapidly after the age of 37 – with women over 42 having only a five per cent chance of having a baby without fertility treatment. The problem is that as a woman ages, her eggs also age - increasing the chances of chromosomal abnormalities. These abnormalities lead to eggs with the wrong number of chromosomes and although these eggs can be fertilised, the embryos either fail to implant in the womb, or miscarry soon after implantation. In some situations such as Down’s syndrome, the eggs have three copies of chromosome 21. In women around the age of 40, most miscarriages are caused by the wrong number of chromosomes being present in the egg.

In a paper published today in Nature Communications, Professor John Carroll from the Monash BDI, together with an international team of collaborators, reveal a fault in how the egg controls the levels of a protein called securin. In the final stages of egg development just before ovulation, it undergoes two specialised cell divisions known as meiosis I and meiosis II.  Securin is important for both divisions but in old eggs, it appears that there is insufficient securin remaining to ensure meiosis II takes place normally.

Most chromosome abnormalities occur in the first egg division (meiosis I) but it is known that a substantial number of abnormalities also occur during meiosis II. Dr Ibtissem Nabti and Professor Carroll’s experiments help explain why things go wrong in this second division.  In these older women the chromosomes in their eggs start to fall apart because there is insufficient securin to control the process. Dr Nabti, formerly from the Monash BDI, is currently at the Abu Dhabi campus of New York University.

The discovery opens the way to improving an older woman’s chances of having eggs with fewer chromosomal abnormalities through regulating the processes that control securin levels in the two divisions of the egg or controlling the proteins that securin regulate (a protein called separase).

According to Professor Carroll, therapeutic approaches to improving egg quality in older women is very important at a time when women are delaying the age at which they attempt to have their first baby.

“It is immensely challenging because any treatments need to be safe and would usually need to be applied while the egg is in the ovary,” Professor Carroll said.

“It may one day be possible to perform treatments in vitro (in the laboratory) but human in vitro egg maturation is not very successful.”

The research team is working with Monash IVF to identify new targets that may be able to prevent the degradation of Securin during the IVF process, according to Professor Carroll.

“Now that we have an idea of what is causing the increased incidence of chromosomal abnormalities and miscarriages in older women, we can attempt to find ways to prevent this happening,” Professor Carroll said.

Infertility and Ageing – Some Facts:

About the Monash BDI