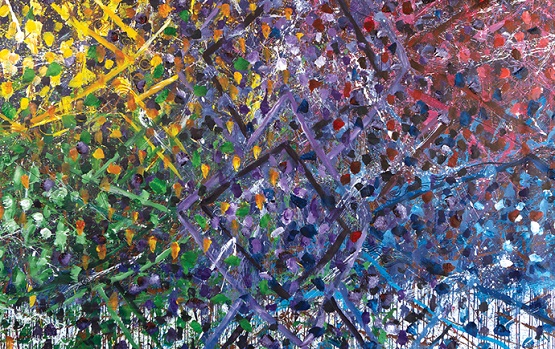 A bespoke Indigenous artwork by renowned Yorta-Yorta artists Lyn-Al and Robert Young, which is displayed in the new William Cooper Institute.

Monash University will deliver improved opportunities and outcomes for Indigenous people and communities through a new Indigenous institute, being launched in Melbourne on Friday, 6 December.

The William Cooper Institute is named in honour of the late Aboriginal elder and activist, who on December 6, 1938, marched to Melbourne’s German Consulate as a stand against the persecution of Jewish people by the Nazi government. The institute brings together a shared vision for social justice and creates a platform for reconciliation.

Read more: William Cooper: A visionary Indigenous campaigner in a league of his own

“Monash is committed to fostering a society that respects Aboriginal and Torres Strait Islander peoples, cultures and knowledges, and works towards addressing the legacies of the past. Through our teaching, research and community engagement, the William Cooper Institute will make substantial contributions to reconciliation, fostering mutually beneficial partnerships with Indigenous peoples and communities,” Professor Elston said.

Deputy Vice-Chancellor and Vice-President (Education), Professor Susan Elliott AM, said: “Monash was the first university in Australia with a dedicated Indigenous centre, and for almost 55 years we’ve engaged with Aboriginal and Torres Strait Islander peoples to improve their lives through our education and research. We’re proud of this legacy, but we know we can, and must, do more.

“The William Cooper Institute will connect research, learning and engagement for Aboriginal and Torres Strait Islander peoples, further embedding our commitment to Indigenous advancement into the fabric of our University.”

Increasing participation of Indigenous students, and supporting their success, will be a key focus of the William Cooper Institute.

“Through these strengthened connections, we hope to build greater awareness of the educational offerings, pathways, scholarships and support services offered at Monash, and nurture both prospective and existing Indigenous students to reach their potential.”

Aboriginal Elder in Residence, Aunty Diane Singh, who’s been associated with Monash for close to 30 years, said: “I’m incredibly proud of how far Monash has come in its endeavour to provide an education and research experience that is inclusive of Aboriginal and Torres Strait Islander knowledges, histories and cultures.

“I’m greatly looking forward to our future contributions to the Indigenous community through the newly-established William Cooper Institute.”

The transformational gift forms part of the Change It. For Good. campaign, which is the largest public fundraising initiative in Monash’s history.

The William Cooper Institute’s official launch is at 3.30pm on Friday, 6 December, followed by the 18th Symposium on Indigenous Music and Dance at the Sir Zelman Cowen School of Music, which will be opened by the Minister for Indigenous Australians, Mr Wyatt.