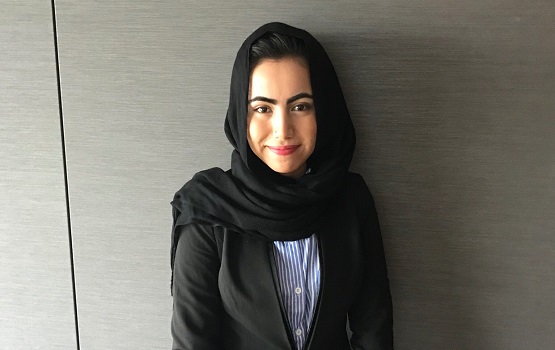 Sitarah Mohammadi has won the prestigious Provost’s Scholarship to Worcester College at the University of Oxford.

Sitarah Mohammadi was eight years old when she first learnt to read and write. Born in Afghanistan, she was told that girls and women were second-class, they had no rights and that they didn’t need an education.

It was only when she escaped to Australia that she was given the chance to go to school, and to realise just how lucky she was.

Growing up as a Hazara refugee in Australia has taught this Monash international relations and human rights student from the Faculty of Arts a valuable lesson about the need to fight for the rights of those less fortunate, and the role education has when it comes to changing the world.

It was this passion to help others and thirst for knowledge that led Sitarah to apply for a prestigious University of Oxford Scholarship at Worcester College two months ago -- which she has now won.

“I’m truly humbled and delighted to have been awarded this scholarship,” Sitarah said.

“Only two months ago I was writing my application, and not even once did it cross my mind what would happen if I got this.”

Sitarah is one of two exceptional Australian students awarded the Provost’s Scholarship to Worcester College. This year marks the second year in a row where Monash student has won the scholarship, which commenced last year.

The scholarship, which is worth around $90,000, includes university fees, accommodation at Worcester College (Oxford), return airfares, a generous stipend and access to all University of Oxford facilities.

In announcing the award of the scholarship to Sitarah, the Provost of Worcester College, Professor Sir Jonathan Bate said: “Once again, a Monash student has come through in an immensely strong field for our prestigious Provost’s Scholarship at Worcester College, a unique opportunity to give the brightest young Australians the true Oxford experience.

“The whole selection panel, notably Alan Jones, one of our generous Worcester College alumni, was profoundly impressed with Sitarah, given all that she has been through in her life. We greatly look forward to welcoming her to Oxford in January.”

Sitarah said the scholarship offers a unique opportunity for recent graduates to have the experience of college life in one of the world's greatest universities.

“My experiences as a child in Afghanistan, growing up as a female and coming to Australia, where I was finally able to pursue education, really ingrained in me the curiosity of wanting to learn more, to explore issues of interest in more depth, to think critically and understand more about how the world works from various perspectives,” she said.

“I now have the very opportunity to just study for the sheer joy of learning and explore my interests at the University of Oxford, and to fully develop myself intellectually, culturally and socially”.

During her time at Monash, Sitarah was a Student Ambassador, Access Monash Mentor and demonstrated a deep commitment to effecting positive social change in her community through her volunteer work with the Red Cross, the Salvation Army and the City of Casey, as well as her work with the Refugee Council of Australia.

She is currently interning with Julian Burnside, QC, one of Australia’s most prominent barristers in the fields of human rights and refugee advocacy. She has also just completed a three-month internship at Sydney Motorway Corporation.

Now in its thirteenth year, the program offers 40 second year students the opportunity to enhance their leadership capabilities through workshops and seminars led by inspiring leaders and involvement in a key community organisation project, with mentoring from a member of the Monash alumni.

Professor David Copolov, AO, Pro Vice Chancellor, Major Campuses and Student Engagement, and Director of the Ancora Imparo Program, said Sitarah was a most worthy recipient of the 2019 scholarship.

"I'm delighted that the Provost’s Scholarship will give Sitarah the opportunity to study at Worcester College at Oxford University, where she will experience an environment in which she can pursue her passionate advocacy of human rights and extend her already impressive academic achievement,” he said.

“Sitarah has great potential to make a significant contribution to addressing the important cross-cultural challenges that confront nations across the globe. Her co-curricular horizons will be extended as she further develops her quest to promote women's rights and girls' education, as well as progress the welfare of refugees and asylum seekers."

As for the future, Sitarah’s hopes are that she will work with governments and international organisations to unlock more opportunities for women and girls.

“I believe the impacts of education on women as primary caregivers of future generations are tremendous. Women hold up half the sky, and they need to be bolstered to take their place in the world,” she said.