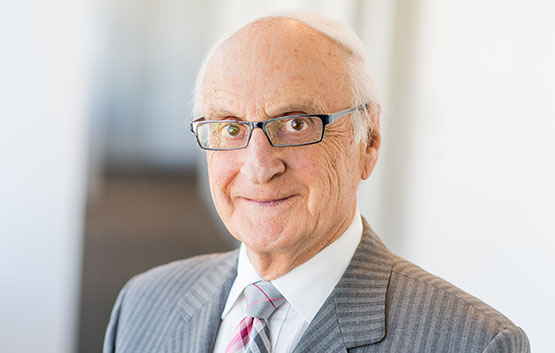 He received the award at a ceremony at Government House in Melbourne last night. The Victorian Award recipients will then join 32 State and Territory recipients from around Australia in the national titles to be held in Canberra on 25 January next year.

Professor Zimmet, who is 75, was nominated for his remarkable contribution to the field of diabetes, in which he has been an international leader for 40 years.

Professor Zimmet said the national nomination was particularly significant to him in light of his parent’s foresight in leaving for Australia and restarting their lives just before Germany invaded Poland during World War II.

“It’s been a fantastic thing for our family – we’ve had opportunities to study and have all done well,” he said.

“It’s a sort of pinnacle for one’s work to have the state recognition and hopefully the national recognition. It shows you what a great country Australia is for opportunities.”

The nomination will also help draw attention to diabetes, which Professor Zimmet calls the “biggest epidemic in human history”.

“I intend to use this award to give diabetes a much higher profile and hopefully we’ll see more funding and help for people with diabetes,” he said.

Professor Zimmet’s was recently appointed to co-chair a committee on diabetes that will report directly to the Federal Health Minister, the Hon Greg Hunt MP.

Professor Zimmet is recognised as having had a profound impact on the lives of Australians living with diabetes. His studies in the 1980s predicted the current global epidemic of Type 2 diabetes, and he was instrumental in convincing governments and health organisations of the disease’s social and economic impact. He established the International Diabetes Institute in Melbourne in 1984, the first such institute in Australia, and plays a prominent role in Monash University’s new Department of Diabetes.

Professor Zimmet, who has honorary doctorates at four universities, has won many national and international awards including Research Australia’s Peter Wills Medal in 2013 for outstanding contribution to building Australia’s international reputation in health and medical research, the Banting Award (Diabetes UK) and the Grand Hamdan International Prize for Medical Sciences in Dubai.