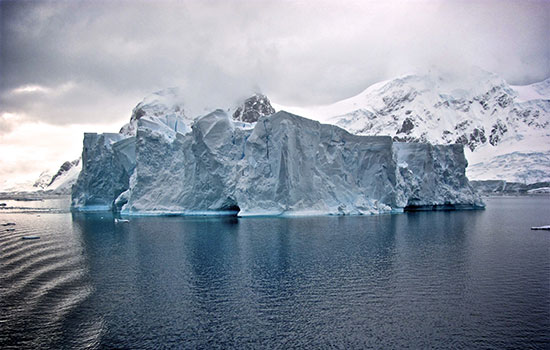 A desire to drive sustainable energy use, and love of solving challenging problems has won a Monash University student a prestigious Boston Consulting Group (BCG) scholarship. One of only two scholarships awarded annually in Australia and New Zealand, Daniel D’Hotman will now embark on a trip to Antarctica early next year.

A fourth-year medical student at Monash, Daniel said the South Pole expedition was an amazing opportunity to inspire change in the way we use energy.

“I believe the risk of catastrophic climate change poses a major existential threat to current and future generations – no matter what field you’re in – and I wanted to be part of something that would have a global impact,” Daniel said.

Using this expedition as a platform for engagement, the group wants to challenge and inspire people to make measurable changes to how they use energy in their businesses, communities, and lifestyles. Daniel also plans to work with sponsors, such as Shell and Patagonia, to launch a social impact fund that will drive change in the way we use energy.

“On a personal level,” he said, “I revel in a challenge, and the prospect of walking in the most hostile environment on earth is very exciting.”

This once-in-a-lifetime adventure is only one part of the prize - Daniel will also have the opportunity to work with BCG after graduation.

It’s a prestigious honour, and one that came about after a rigorous selection process involving three rounds of interviews, where BCG sought out high-performing students with strong leadership qualities and a love of ‘solving challenging problems’.

As a medical student at Monash, Daniel is passionate about mobilising groups of individuals to promote collaboration and engineer societal change. Earlier this year, he led the launch of the philanthropic movement Effective Altruism in Australia – the charity has raised more than $800,000 for public health interventions in its first year.

While Daniel enjoys clinical medicine and clearly has a passion for the environment, he hopes to pursue a future in public policy to ensure the future equity and sustainability of Australia’s health system.

“My Monash placements in rural Victoria offered insight into the stark contrast in health outcomes between these areas and inner-city Melbourne,” he said.

“This prompted my interest in health equity; a person’s health should not be dictated by their postcode.”

After his second year of medicine, Daniel completed his Bachelor of Medical Science (Hons) at the University of Oxford, working with philosophers including Monash Professor Julian Savulescu. This experience introduced him to the world of bioethics and policy.

“Oxford really opened my eyes to power of public policy, and inspired me to pursue a career in the field,” he said.

Daniel believes that rising costs of healthcare and an ageing population may threaten the viability of Australia’s health system this century. However, he said that technology could offer powerful solutions.

“Australia is uniquely positioned to take advantage of advances in artificial intelligence, big data, and biotechnology to guarantee the quality of our health system into the future. I’m excited to expand my knowledge of these areas through working at BCG.”