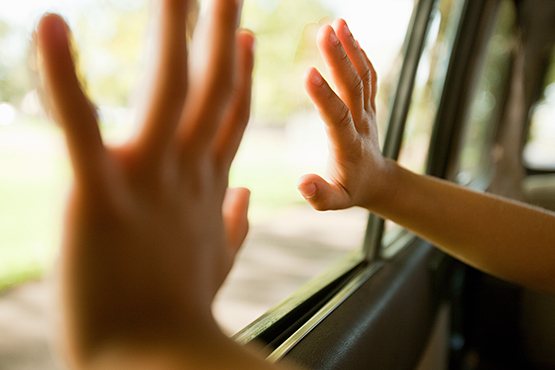 A/Prof Matthew Mundy from the Monash Institute of Cognitive and Clinical Neurosciences helped develop resources for the Australian-first campaign, which warn parents about the risk of accidentally leaving their child in a car due to short term memory failure.

The Victorian Government initiative is raising awareness about a phenomenon known as fatal distraction, which can affect any parent or carer experiencing extreme tiredness, stress or a change in routine.

Research shows short term memories can only hold six to eight items at a time, and added to stress and exhaustion, may cause parents to leave their child behind in a car, which can result in serious injury or death.

“Fatal distraction can be caused by a failure in short term memory that can happen to anyone and cause them to accidentally leave a child in a car,” said A/Prof Matthew Mundy.

“Parents and carers can train themselves to always check the backseat before locking their cars – it needs to become second nature like putting on a seat belt.”

The Look Before You Lock campaign encourages mums, dads and carers to establish habits that minimise this risk and was developed in response to recommendations of the Victorian Coroner.

The government’s Look Before You Lock campaign includes radio and online advertising, billboards on buses, social media messages, and a new website with tips on how to create a safer routine.

Families and children Look Before you Lock