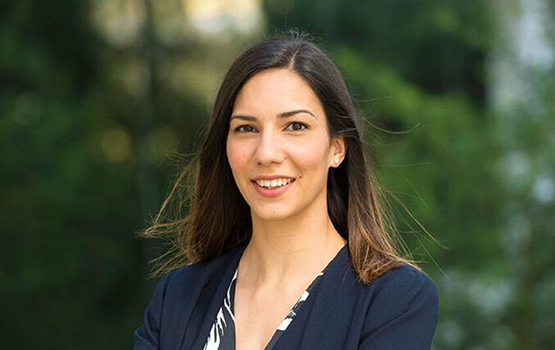 Dr Kirk and her fellow winners were selected from more than 150 applicants from Australian universities and research institutes, and will undertake a two-week residency at ABC Radio National, working alongside journalists and broadcasters in learning to communicate and develop outstanding content across radio, television and online.

The Top Five media residencies will enable some of our nation’s brightest minds to share their knowledge and expertise with a wide audience.

“I’m honoured and grateful to have won a place in the ABC’s Media Residency Program, against what would have been such a competitive field,” Dr Kirk said.

“This one-off opportunity will help with effectively promoting our work developing digital tools to support childhood development (Tali Detect and Tali Train), ultimately raising awareness of and support for the detection and management of childhood inattention difficulties, and helping to improve the lives of those 400,000 children in Australia - and their families - who are affected by these issues.”

The next creation led by Dr Kirk together with Professor Kim Cornish, who previously invented the Tali Train™ early intervention program to transform the assessment of attention skills in preschool children, is the Tali Detect™ tool which leverages off the research team’s previous success in product development and research translation.

It is envisaged that TALI Detect™ and TALI Train™ will one day work in unison, so that a broader range of the 400,000 Australian children who demonstrate poor attention capabilities have a real chance of getting the help they need.

“The hope is that TALI Detect™ is adopted for use by all children showing signs of learning disabilities as they start school, to provide both parents and educators with an easy-to-use tool to uncover attention difficulties, and then implement TALI Train™ or other appropriate early interventions so that specific weaknesses in cognitive development can be targeted early and addressed.”

Dr Kirk is from the Turner Institute for Brain and Mental Health at Monash University, previously known as the Monash Institute of Cognitive and Clinical Neurosciences (MICCN). The Institute’s work is made possible due in part to the extraordinary generosity of Monash alumnas, the late Mr. David Winston Turner, for whom it is named.

The generous gift from the late Mr. David Winston Turner contributes to the Change It. For Good. campaign, which is the largest public fundraising initiative in Monash University’s history. The campaign has achieved incredible results so far, reaching the halfway mark of each of its three goals, including $370M raised towards the goal of $500M, over 26,000 of the 50,000 donor target and the confirmation of more than 100 new bequests.

For more information about the impact of philanthropy at Monash University, please visit https://www.monash.edu/giving