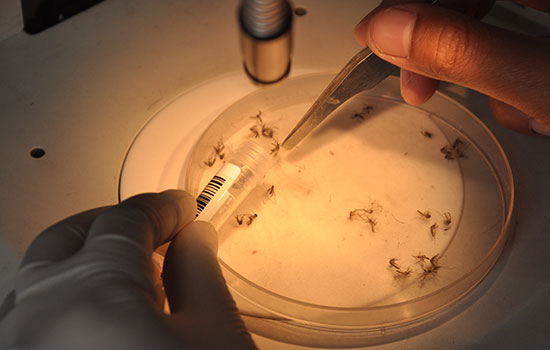 The project will be delivered in Fiji, Kiribati and Vanuatu, with an overall contribution of AUD $7.7 million. The partnership is supported by the Australian Government’s innovationXchange.

Pioneered by Australian researchers, the Eliminate Dengue Program uses a naturally occurring bacteria called Wolbachia to protect against harmful mosquito-borne diseases such as dengue, Zika and chikungunya. Over the past decade, EDP has refined its innovative method for transferring Wolbachia to mosquitoes. Once Wolbachia carrying mosquitoes are released, they spread the bacteria into local mosquitoes helping to block the transmission of these diseases.

EDP’s self-sustaining Wolbachia method has been greatly supported by local governments and embraced by communities around the world. Central to EDP’s success is close collaboration with governments, health agencies and local communities.

“The Eliminate Dengue Program looks forward to working closely with community groups in the Pacific to reduce the threat of mosquito-borne diseases,” said Professor Scott O’Neill, EDP’s Program Director.  “We know from experience in other project sites around the world that community support is vital for success.”

“Through collaboration and innovation, our global approach can help to protect local communities in Fiji, Kiribati and Vanuatu from mosquito-borne diseases.”

EDP has been conducting field trials using the Wolbachia method since 2011. Long-term monitoring shows that Wolbachia is self-sustaining at high levels in the majority of our international project sites up to five years after release. In areas where high levels of Wolbachia are present, there has been no evidence of local spread of dengue.

With the addition of Fiji, Kiribati and Vanuatu, EDP is now operating in 10 countries around the world. The global not-for-profit initiative is led from Monash University.

For more information about the Eliminate Dengue Program and its Wolbachia method, please visit www.eliminatedengue.com.