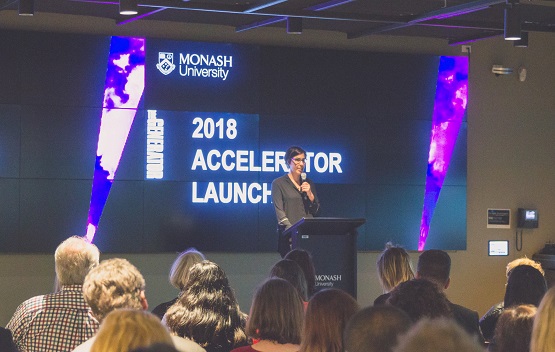 Monash University accelerator, The Generator, has become one of the most in-demand university startup accelerators, as applications soar to nearly 200 in only their second full year.

A bootstrapped startup which jumped from $4,000 to $55,000 in revenue per month, and two teams who interviewed for Silicon Valley’s Y Combinator, the US accelerator behind companies such as Airbnb and Dropbox, are just two exceptional results to have come out of the first cohort of founders from The Generator.

Piloted in 2016, The Generator is one of Australia’s best up-and-coming university accelerators, having mentored over 100 startups and funded 23 successful companies to date.

With a strong focus on gender diversity (53 per cent of the startups backed by the program had female founders), The Generator has just announced its newest contingent of startups for this year, selecting nine out of 187 applications.

Entrepreneur-in-residence and mentor Kishan Thurairasa, who founded Jobbop in 2014 -- a recruitment service which saw companies bid to hire software engineers -- and successfully sold it to San Francisco recruitment company Hired in 2015, said The Generator’s success centres around its care for the participants.

“The thing we pride ourselves the most on is that we genuinely focus on and care about our founders,” he said.

“We believe this philosophy will lead to successful founders, impactful startups, and a more entrepreneurial university.”

The Generator’s founder-first approach is a long term strategy, and prioritises investing and nurturing high-potential individuals rather than well-established startups, in the knowledge that even if their current idea isn’t the golden ticket, one of their next ones will be.

And it’s working. Results from the 2017 cohort have proven this model, resulting in one team skyrocketing from $4k/month to $55k/month in revenue, while another scrapped their startup in the final month of the program and launched their next business - Mindset, a hypnosis productivity app - with the learnings, earning 12,000 users in the subsequent three months.

“We are helping the founders coming through The Generator's programs to develop the skills, networks and experience that will enable them and their startups to be successful. The high level of interest from teams in getting into the accelerator program justifies our focus on founders as key to the change we are trying to achieve,” he said.