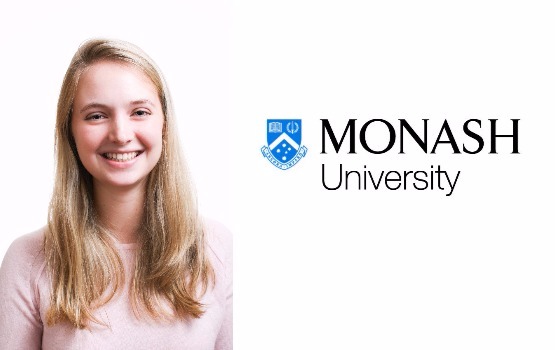 A Monash University medical graduate is one of only two Australian students to win a major scholarship to study at the University of Oxford, in what is the first time the award has been offered.

Dr Esther Schröder has received an inaugural Provost’s Scholarship to Worcester College at the University of Oxford worth almost AUD$90,000 (£52.601).

Currently working as a medical intern at Bendigo Hospital, Esther leaves for Oxford  in January and said she was thrilled at the opportunity.

“I'm very humbled and excited to have been awarded this scholarship. My interests and passions have always been not just in medicine but also more broadly in social justice, so the chance to be able to study subjects from varied disciplines with world-expert tutors is one that I'm really looking forward to.”

Esther said she would eventually like to work in both Psychiatry and International Health Projects, with a particular interest in refugee support.

“For my research project which is part of the Scholarship, I would like to work with the Oxford Refugee Studies Centre, possibly on how the built environment such as refugee camps and community settlement housing can be best designed to support the mental health of refugees.”

During her time at Monash, Esther was a youth ambassador for World Vision Australia and President of the Monash branch of VGen - World Vision’s Youth Movement.

Professor David Copolov, AO Pro Vice Chancellor, Major Campuses and Student Engagement, and Director of the Ancora Imparo Program, said Esther was a most worthy recipient of the inaugural Scholarship.

“I’m delighted someone as dedicated as Esther to serving the needs of people in regions of the world that are seriously affected by poverty, conflict and illness, is being given an unprecedented opportunity to broaden and deepen her scholarship at Oxford in areas that complement her medical education. I have no doubt that she will effectively apply her learnings to humanitarian ends.”

Monash University President and Vice-Chancellor Professor Margaret Gardner AO congratulated Esther on her success and paid especial tribute to her contributions to volunteering.

“As an important part of that work Esther has encouraged many others to also become involved in volunteering. This undoubtedly played an important role in her being judged to be deserving of this highly competitive and very generous scholarship. I sincerely congratulate her and wish her every success in her studies at Oxford.”