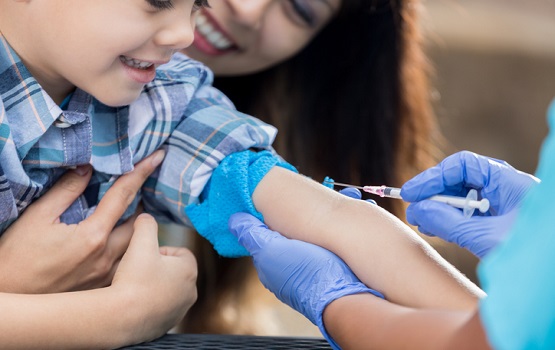 After a bumper 2017 flu season, new research has sparked calls for the seasonal influenza vaccine to be publicly funded to boost the uptake of vaccinations of vulnerable young children.

The study found children under five were not being vaccinated against influenza despite being highly vulnerable, with parents and healthcare practitioners citing high costs, and misconceptions about the vaccine and the level of risk of contracting influenza as barriers to vaccinating.

The study, published in the journal Vaccine, explored the views, attitudes and practices of parents, GPs, practice nurses, maternal and child health nurses, and pharmacists on their knowledge and acceptance of influenza vaccination in children under five.

Parents thought the vaccine could cause influenza, and influenza vaccination was not necessary for their children as they needed to build their own ‘immunity’. Healthcare practitioners expressed concerns regarding the effectiveness of the vaccine as well as out-of-pocket costs for families, and uncertainty around the severity, complications and risk of children contracting the illness.

Around half-a-million deaths worldwide are attributed to influenza every year and the Department of Health reported the 2017 influenza season in Australia was the largest since 2009.

Lead author, Ruby Biezen, a Monash PhD student in the Department of General Practice, said of the Australian patients that present with influenza, the highest notification rates occur in children under five.

“Despite the established safety of influenza vaccines, barriers to uptake include concerns regarding the iatrogenic effects of vaccination, its administration schedule, and the lack of knowledge of the severity of influenza,” Ms Biezen said.

Parents said that they would consider vaccinating their children if recommended by their GP and if the influenza vaccine was part of the immunisation schedule.

Australia is one of few developed countries where influenza vaccination is only publicly funded for children with coexisting risk factors like chronic diseases and asthma.

Both the NSW and Victorian State Government have since announced free flu vaccinations for children under five.