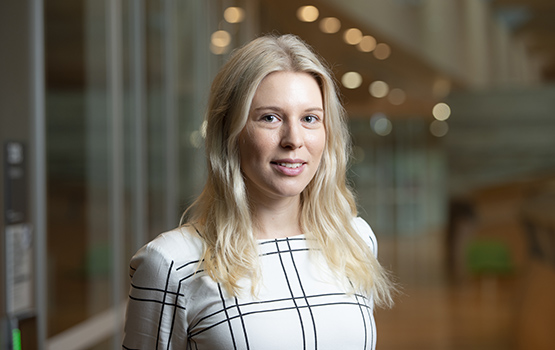 Research by Dr Naomi Kakoschke has shown that a simple tilt of a smartphone could be the key to improving healthy food choices and delivering new treatment options for chronic obesity.

A simple tilt of a smartphone could be the key to improving healthy food choices, reducing weight and delivering new treatment options for chronic obesity, new research by Monash University shows.

According to the World Health Organisation, people who are overweight or obese – which is defined by having a body mass index (BMI) in excess of 25 – is a global health concern with rates more than doubling over the past 30 years.

“Our study has important clinical implications. Given that the temptation of unhealthy food is too great for many people, the finding that AAT significantly boosted the selection of healthy food options in individuals with excess weight demonstrates its potential clinical efficacy as an obesity treatment,” Dr Kakoschke said.

“Administering AAT alongside traditional treatments may become an important piece of the puzzle in developing effective obesity interventions, especially when it comes to mindful approaches to food selection.”

Researchers analysed the cognitive approach toward improving healthy food choices in 60 men and women, who were overweight or obese, in Melbourne for one week using an iPhone app called Tilt Task that was specifically created by the researchers for this study.

Results showed a significant drop in the approach responses toward unhealthy food and a marked shift towards healthier alternatives. Modest weight losses were also recorded during this period, indicating that AAT can be powerful new approach to augment weight loss when used in conjunction with other weight loss interventions.

Dr Kakoschke said the app was specifically designed for participants to “push away” unhealthy food which trained their minds to adopt the same approach in reality.

“These training strategies are promising interventions as they train the mind to reject unhealthy choices, in this case food, rather than relying on an individual’s ability to maintain a restrictive diet, which is difficult for most people. Deeply ingrained food choices are a major contributor to chronic obesity,” Dr Kakoschke said.

“Smartphone apps are shown to be an engaging delivery mode for cognitive training because they provide a transportable, flexible, efficient and scalable way to manage preventive health conditions, such as weight gain.

“While medical consultation is essential for anyone battling severe weight problems, technological innovations like Tilt Task are just one proactive measure that people can use in the comfort of their home in order to make a significant lifestyle change.”

Dr Kakoschke is seeking participants for a larger study using this training app to take place later this year. For more information and to register your interest, please email naomi.kakoschke@monash.edu.

READ MORE: The obesity epidemic: understanding how the brain responds to food choices by Dr Kakoschke