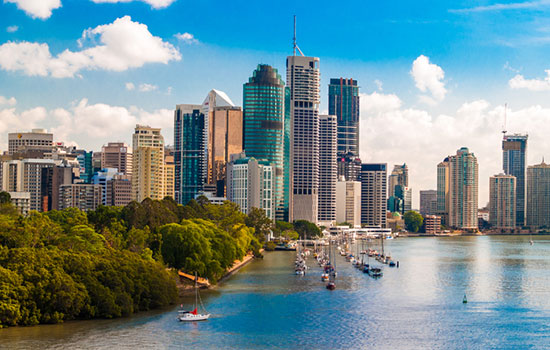 The Queensland government’s new controversial procurement strategy stacks the deck of public tenders against interstate and international suppliers, and is illegitimate under Australia’s free trade agreements.

The strategy, Buy Queensland, is set to start next month. It will apply to all public agencies, statutory bodies and government-owned corporations that purchase goods and services, commission major projects and infrastructure, or build schools, housing and other community facilities.

Every year the Queensland government spends more than A$14 billion on essential goods and services, on top of a further A$4 billion of capital expenditure used to build and maintain infrastructure assets such as roads, schools and hospitals. So these tenders are worth a lot to any business.

The strategy has questionable economic logic, as it limits the competition for public tenders, likely pushing government expenditure up without substantial modelling that proves superior returns for the local job market. It also explicitly contravenes a number of Australia’s international trade obligations.

The main legal issue is that the Buy Queensland strategy plans to apply a local benefits test, with a weighting of up to 30% for all significant procurement. Also, where possible, it envisages inviting one regional and one Queensland supplier to quote or tender for every opportunity. It sets out that the government will use local contractors and manufacturers in significant projects valued at A$100 million and above.

The government will decide between businesses via four incremental zones. These prioritise suppliers with a workforce whose usual place of residency is located first within a 125km, then regional, then state, then national radius of where the goods or services are to be supplied.

Effectively, this action plan discriminates among Australian businesses and openly excludes foreign investment from the A$18 billion procurement market in Queensland.

Australia’s international trade obligations on government procurement are either bilateral or multilateral, according to the trade deal. At the bilateral level, Australia’s procurement market is thoroughly integrated with New Zealand’s.

Australian suppliers also have legally-binding access to the procurement markets of the US, Singapore, Chile, South Korea and Japan. Of course, this works both ways. All Australian governments are required to treat domestic suppliers and firms from those countries in the same way.

The pool of businesses affected by this policy might get larger, as Australia is currently negotiating several bilateral free trade agreements (FTAs), including with the EU, Indonesia, Hong Kong, and Peru. However, not all FTAs necessarily exchange access in government procurement.

For example, the China-Australia FTA only contains a commitment to negotiate a reciprocal agreement on government procurement, once certain requirements are met.

At the multilateral level, apart from the failed Trans-Pacific Partnership Agreement (TPP), Australia is negotiating procurement market access in South East Asia with the Regional Comprehensive Economic Partnership (RCEP) and globally through the Trade in Services Agreement (TiSA). Most importantly, in September 2015, Australia launched the negotiations to accept the World Trade Organization (WTO) Agreement on Government Procurement (GPA).

The GPA is a multilateral agreement within the framework of the WTO. This means that not all WTO members, like Australia, are necessarily parties to the agreement.

The fundamental aim of the GPA is to mutually open government procurement markets among its parties. The GPA already has 47 WTO members that have started procurement activities worth US$1.7 trillion annually to international competition, as estimated by the WTO.

Russia and China are also in the process of accepting the GPA. The Department of Foreign Affairs and Trade estimates that China’s government procurement market alone is worth US$1.5 trillion annually.

The general aim of international procurement agreements is to ensure that tender processes are transparent and non-discriminatory. In practice, this means that Australian firms can bid for government procurement contracts in markets worth trillions of dollars every year with more operational certainty and access to legal recourse.

On the other hand, Australian governments can save taxpayer money thanks to more competitive bidding. It remains to be seen whether more Australian jobs will be created by procurement exporters than are destroyed by purchasing from overseas firms.

International government procurement requires a sophisticated approach to be able to safeguard geopolitical objectives in negotiating trade agreements and marry these with commercial and government interests.

If actually implemented in future public tenders, the Buy Queensland procurement strategy will plainly fail the legal tests set by Australia’s international trade obligations. It will then create regulatory uncertainty in the government procurement market and deter business investment and innovation.

Worse still, the Buy Queensland procurement strategy also jeopardises Australia’s credentials as an open and competitive economy in the global markets. It surely sets a dangerous precedent and breaks new ground for populist economics in Australia at this delicate time of global geopolitical instability.