Unearthing a gold standard for rehabilitating 80,000 mines in Australia 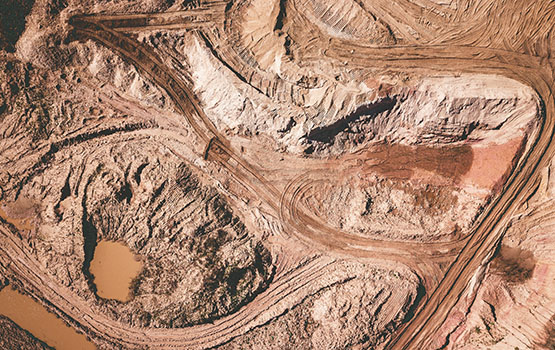 Monash University engineers have uncovered more than 80,000 unused mine sites across Australia that have the potential to be transformed for future use.

Research by Monash University engineers has uncovered more than 80,000 inactive and unused mine sites that have the potential to be transformed into valuable assets for Australia’s future.

Abandoned mines pose extreme environmental, public health and safety risks. But, with some ingenuity and investment, these sites can go from being liabilities to assets – promoting everything from archaeological heritage conservation and tourism, to unique habitats for biodiversity enhancement.

Associate Professor of Resources Engineering at Monash University, Mohan Yellishetty, and his international research team have created an Australian-first geospatial database of all known active and inactive hard rock mine sites across the country.

Researchers identified, classified and georeferenced more than 95,000 active and inactive mine sites across Australia. More than 80,000 of these are currently inactive. Of the inactive mines, 68 per cent are classified as neglected, while just 4 per cent were noted as rehabilitated.

The study, published in Minerals, identified that roughly 82 per cent of Australia’s mine sites may require rehabilitation – something that presents an enormous economic, social and environmental challenge moving forward, according to Associate Professor Yellishetty.

Most of these neglected mines exist from Australia’s prosperous gold mining era, yet the community still feels the impacts of these sites today. Dust pollution and contamination of natural waterways are a few of the serious issues confronting surrounding communities.

“Efforts to ensure progressive rehabilitation throughout the life of mining operations are critical for Australia to achieve its goal of being a world leader in environmental stewardship and mineral resource governance.”

The research team developed a Mining Incidence Documentation & Assessment Scheme (MIDAS) to catalogue and compare active and inactive mining data based on reports on mine sites that have been terminated, neglected or heritage classified.

To highlight the potential use of the MIDAS database, researchers performed spatial analyses and environmental risk assessments on four inactive mine sites across Australia.

Researchers identified that while Australia’s abandoned mines are mostly considered liabilities, they say a number of them have the potential to be valuable assets if managed properly. Exciting rehabilitation opportunities for inactive mine sites include:

In February 2017, the Australian Senate referred an inquiry into the ‘rehabilitation of mining and resources projects as it relates to Commonwealth responsibilities’ to the Environment and Communications References Committee for inquiry and report.

The cost of rehabilitation obligations, adequacy of existing regulations, effectiveness of current Australian rehabilitation in safeguarding human health, and repairing and avoiding environmental damage are considered relevant to the national inquiry.

“The insights enabled by this national-level spatial database enables the development of coordinated responses that extend beyond state borders. Our classification and methodology are easily transferable, and can be used to categorise active and inactive mine sites worldwide,” Associate Professor Yellishetty said.

Associate Professor Mohan Yellishetty led the study titled: ‘A Geospatial Database for Effective Mine Rehabilitation in Australia’, along with colleagues from The University of Melbourne, Swiss Federal Institute of Aquatic Science & Technology, ETH Zurich, the National University of Technology India.