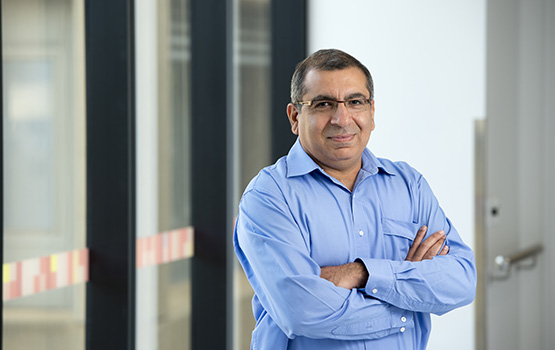 Thousands of preterm babies could be saved by waiting 60 seconds before clamping the umbilical cord after birth instead of clamping it immediately - according to two international studies, including research from Monash University and Monash Health.

Published in The New England Journal of Medicine, the international, multicentre randomised controlled trial which recruited more than 1500 preterm infants (the Australian Placental Transfusion Study-APTS) noted less mortality (6.4% in the delayed clamping group compared to 9% in the standard arm).

A systematic review assessed morbidity and mortality outcomes from 18 trials comparing delayed versus immediate cord clamping in nearly 3,000 babies born before 37 weeks’ gestation (including the infants from the APTS study) and found clear evidence that delayed clamping reduced hospital mortality by a third and is safe for mothers and pre-term infants. The findings of this review will be published in the American Journal of Obstetrics and Gynaecology.

Co-author for the APTS and Head of Department of Obstetrics and Gynaecology at Monash University Professor Euan Wallace said this is a simple change to the immediate care of these tiny, vulnerable babies that can significantly improve their chances of survival.

“Best of all, there is no cost to the change. There are no fancy new drugs or new bits of equipment required. All that is needed is to delay clamping the baby's cord for a minute or so,” Professor Wallace said.

Monash Newborn Neonatologist Professor Arvind Sehgal was the APTS site investigator at Monash Children’s Hospital and one of the study authors.

“The study is a significant advance in perinatal medicine and stands to benefit infants of all gestations,” Professor Sehgal said.

“This is the largest study of its kind involving centres from across the globe, and suggests a major change to care at time of birth for preterm infants.”

“The blood stored in the placenta is the baby’s own blood and transfusion of this warm and auto matched blood from the placenta by delaying cord clamping by 60 seconds has shown to significantly improve outcomes.”

“This is a great example of collaborative physiology driven clinical research at the international level which ultimately benefits the most vulnerable infants in our care,” Professor Sehgal said.

The collaborative research effort included the work of Professor Stuart Hooper and Associate Professor Graeme Polglase from The Ritchie Centre (Monash University and the Hudson Institute).

Associate Professor Polglase said birth is such a critical and challenging time principally because the newborn has to initiate its own breathing thus providing the critical oxygen for its organs. However, 1 in 5 babies in Australia need help to transition from a fetus to a newborn.

“This study shows that simply giving the baby a bit more time to breathe before removing it from the life-support of its mother, has amazing immediate and long-term benefits for the newborn,” Associate Professor Polglase said.

The Ritchie Centre has developed new teaching resources for all midwives and doctors to share their research and help change care in all Victorian hospitals.