Monash University has signed an off-take agreement from the Murra Warra Wind Farm in Western Victoria to help meet its target of achieving Net Zero Emissions by 2030. 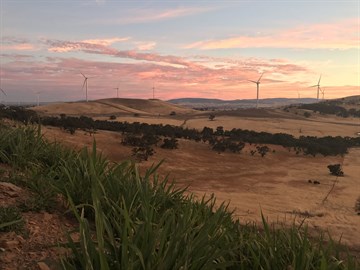 Under the deal, Monash will buy the rights to both electricity and large-scale renewable energy certificates (REC’s) generated by the Murra Warra Wind Farm.

This long-term power purchase agreement is part of the 226 megawatt (MW) first stage of the Murra Warra Wind Farm near Horsham, which is currently under construction and expected to be fully operational in 2019.

The agreement brings Monash into a Telstra led consortium of electricity buyers established in late 2017. Telstra welcomed Monash to the consortium, with James Gerraty, Head of Telstra Energy, saying the introduction of Monash strengthened the buying group.

“Adding Monash to the consortium further strengthens the buying group for the Murra Warra Wind Farm and we welcome them to the project. We’ll continue to look for ways to use our expertise in this area to help more of Australia’s businesses and organisations meet their energy challenges.”

“This procurement of off-site renewable energy marks an important step towards our goal of being powered by 100% renewable energy. It will reduce our carbon footprint and allow the University to manage its exposure to volatile energy prices,” Dr. Wasiluk said.

Over the last year over 6000 light fittings have been upgraded to super-efficient LEDs and all new buildings are eliminating natural gas. An on-site microgrid is being built at the Clayton campus to help the University control when and how energy is used and support the national electricity grid, during peak times.

“Along with ongoing improvements in energy efficiency, we are electrifying all of our buildings paving the way for Monash to be 100% powered by clean renewable wind and solar energy,” Dr. Wasiluk said.