Working day less than a hoot for 'night owls' 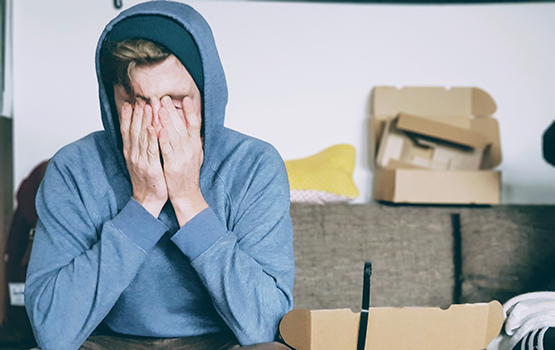 ‘Night owls’ – those who go to bed late and then get up later – have significantly lower functional connectivity in the brain, slower reaction times, and may struggle with a standard 9-5 work day compared to ‘early risers’, according to a new international study.

Research shows that individuals whose internal body clock dictates later-than-usual sleep and wake times (with an average bedtime of 2.30am and wake-up time of 10.15am) have lower resting brain connectivity in many of the regions linked to the maintenance of consciousness.

Lead researcher Dr Elise Facer-Childs, formerly of the University of Birmingham, UK, and now based at the Monash Institute of Cognitive and Clinical Neurosciences (MICCN), found that people who preferred a late sleep-wake cycle had these differences in their resting brain connectivity, which resulted in poorer attention, slower reactions and increased sleepiness during the standard working day hours.

“This mismatch between a person’s biological time and social time – which most of us have experienced in the form of shift work or jet lag – is a common issue for ‘night owls’ trying to follow a normal work day,” Dr Facer-Childs said.

“Our study is the first to show how the brain at rest could help to explain why ‘night owls’ may face cognitive disadvantages when being forced to fit into these constraints.”

According to data from the Australian Bureau of Statistics, there were approximately 1.7 million Australians doing some kind of shift work as part of their main occupation in 2015. More than 60% of Australians are constrained to a regular 9-5 working day, but for up to 40% of these who could be ‘night owls’, this could be negatively impacting them.

The study, published in the journal SLEEP, investigates brain function at rest and linked it to the cognitive abilities of 38 individuals who were identified as either ‘night owls’ or ‘morning larks’.

Study participants underwent MRI scans coupled with continuous sleep/wake monitoring and questionnaires over a period of two weeks. Testing sessions took place between 8am and 8pm with participants also asked to report on their levels of sleepiness.

Early risers reported to be less sleepy and had their fastest reaction times during the morning test. ‘Night owls’ performed better later in the evening, although this results was not significantly better than the early risers.

“Interestingly, the brain connectivity in the regions that could predict better performance and lower sleepiness was significantly higher in the early risers at all time points, suggesting that the resting state brain connectivity of ‘night owls’ is impaired throughout the entire day (8am – 8pm),” Dr Facer-Childs said.

“As a society, if we could be more flexible about how we manage time it could go a long way towards maximising productivity and minimising health risks,” Dr Facer-Childs said.