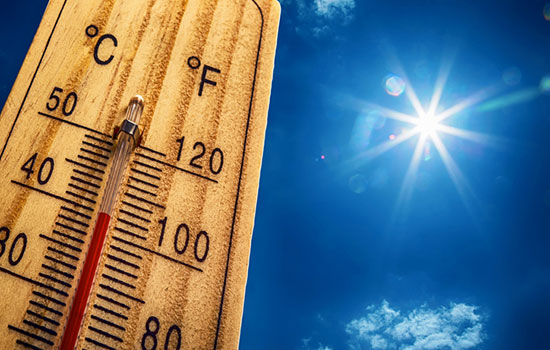 The first global study of heatwaves and mortality, led by Monash University, warns that – as these events increase in duration, frequency and intensity – significant numbers of lives will be claimed, and people are at greater risk depending on where they live.

The study, in collaboration with more than 30 international research groups, has linked mortality with increasing incidence of heatwaves across 18 countries.

Heatwaves are deadly. From 1844 to 2010 extreme heat events killed at least 5,332 people in Australia mainly from the effects of dehydration, hyperthermia, heatstroke and other related causes. The researchers collected daily data of temperature and mortality from 400 communities in 18 countries or regions. They looked at the relationship between heatwaves for between two and four days’ duration and mortality rates in the ten days following.

The study found associations between heatwaves and mortality in all countries, but that they varied by community.  The researchers found, unsurprisingly, that the higher the temperatures the greater the impact on mortality.

However, the length of the heatwave did not modify the impacts.

“The heatwave effects on mortality were affected by the intensity but not duration,” Associate Professor Yuming Guo said.

“This means people should pay attention to any extremely hot day, no matter how long the heat lasts.”

The deadly impact of heatwaves was more strongly associated with countries and communities that generally have moderate cold and moderate hot areas.

“People living in moderate cold and moderate hot areas might be more vulnerable to heatwaves than those living in cold and hot areas,” he said.

The authors suggested that the differing impact of heatwaves in different countries and communities “indicates the importance of developing local heatwave response plans.”