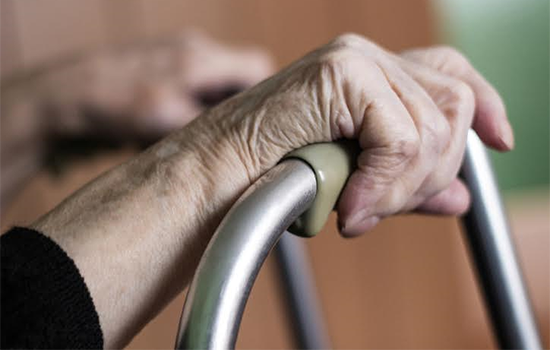 The first comprehensive study of deaths in Australian nursing homes has been published today, revealing a more than 400 per cent increase in the incidence of premature and potentially preventable deaths of nursing home residents over the past decade.

These deaths – from falls, choking, suicide and homicide – account for almost 3,300 deaths of nursing home residents over a 13 year period.

The study, led by Professor Joseph Ibrahim, from the Monash University Faculty of Medicine, Nursing and Health Sciences and published in the Medical Journal of Australia, used coronial data to review the deaths by external causes of all of nursing home residents between 2000 and 2013.

The study found that – of the 21,672 deaths of nursing home residents reported to the Coroners Court during the 13 year period, 3,289, or 15.2 per cent, were from external or preventable causes, almost all unintentional.

Unintentional Deaths: Four out of five of those who died from external causes died from falls (81.5 per cent) while one in 12 died of choking (7.9 per cent). Somewhat surprising was the small number who died from complications of clinical care (1.2 per cent).

Intentional Deaths: Almost one in 18 people who died from preventable causes in aged care facilities were killed, either from suicide (4.4 per cent) and resident-to-resident assault (1.0 per cent).

The study found that the 400 per cent increase over the 13 year period in the number of preventable deaths in nursing homes is in part due to better reporting. However, Professor Ibrahim cautions that this figure is probably an under estimate owing to some deaths being misclassified as “natural” due to the tendency for health professionals and society to downplay the significance of the injury-related factors tending to assume old age and any underlying illness are the explanation for deaths.

Professor Ibrahim has called for a national strategy to reduce unnecessary harm including deaths in nursing homes:

“Professionals from governments and the nursing home sector should develop strategies for preventing these deaths and establish a lead authority, responsible for reducing harm by improving practice in nursing homes,” Professor Ibrahim said.

“Currently no one entity is responsible for reducing harm by improving practice.”

This national study is the first in the world to look at potentially preventable deaths in nursing homes using information from medico-legal investigations.

“Improving the quality of care for nursing home residents requires a better understanding of how, why, where and when they die. The global population is ageing rapidly, and the need for aged care services is consequently increasing,” Professor Ibrahim said.

“With this study we have our first real understanding of how many deaths are occurring in nursing homes that shouldn’t be happening. However, there is a paucity of information about the cause and manner of premature deaths of nursing home residents from which we can review how these operations are run.”

Professor Ibrahim acknowledged that the increased number of preventable deaths identified may be, in part, due to increased scrutiny of aged care facilities by the community and government.