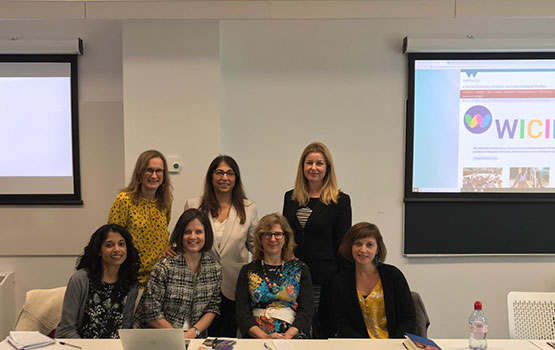 In conflict zones around the world, women’s health and wellbeing will decline further, unless caregivers are given better state social protection, according to collaborative intercontinental research by the University of Warwick (UK) and Monash University (Australia).

Examining the Ukrainian crisis, the researchers demonstrate that during times of conflict, and post-conflict, women shoulder the principal burden of social care work.

This caregiving is vital to the survival of people and communities during war, austerity and extreme hardship, but is barely recognised, resourced or rewarded by the state during post-conflict reconstruction.

The study demonstrates that while women are busy providing the social care that is central to sustaining society, they are less able to participate in civil society activities once the conflict has ended – nor do they have a voice in governance structures, or in any attempts at reviving peace processes.

Lead researchers, Professor Shirin Rai and Professor Jacqui True of the Monash Warwick Alliance, argue that this inevitably leads to the deeper decline of women’s health and wellbeing in conflict and post-conflict zones, which in turn creates negative effects across households and communities.

To prevent this, the researchers suggest that a regenerative state should recognise the importance of this social care work by providing support and recognition to those who engage in it.

This, according to Professors Rai and True, would make it possible for post-conflict states to transform the power relations underpinning conflict – reducing gender inequality, improving the wellbeing of its citizens and advancing peace.

Shirin Rai, Professor of Politics & International Studies at the University of Warwick and Director of the new Warwick Interdisciplinary Research Centre for International Development, commented:

“Peace can be sustainable only when the work of all those contributing to the rebuilding of life after conflict is recognised and supported. Women’s unpaid care work is often overlooked. This needs to be supported and redistributed in both public and private spheres. By focusing on this important area of work in times of conflict, our research supports the Sustainable Development Goals 16 (Peace, Justice and Strong Institutions), 8 (decent work) and 5 (gender equality)”.

“Our research provides an evidence base for promoting greater attention to women’s 'unrecognised and uncounted labour' and to women's participation and rights in post-conflict environments. This evidence may inform gender-inclusive reforms and support gender equality and decent work opportunities for women as an integral part of the transition to peace”