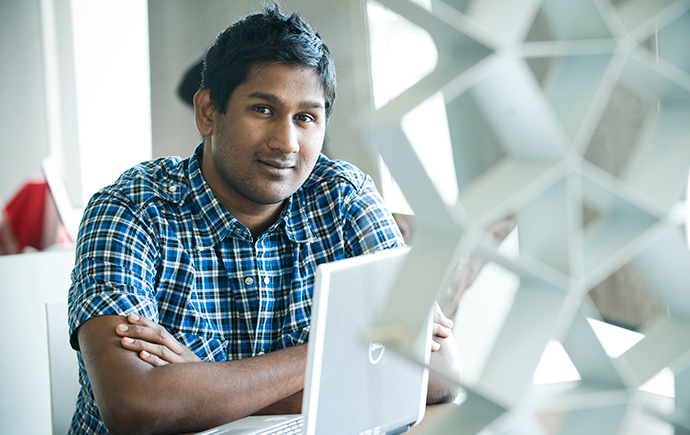 After completing an undergraduate degree in computer science, Ashwin decided to continue his studies in a masters program. Originally from India, Ashwin says one of the main reasons he selected Monash was its reputation.

Monash University is well known around the world and I heard about its high standard of education.

The amazing feature about this course is its flexibility. I was initially thinking of specialising in one field and ended up specialising in two fields: network computing and network security. As a Monash graduate with two specialisations, I believe this will be a great assistance to gain eventual employment.

Anyone considering a postgraduate information technology degree in Australia should look no further than Monash. It's not only the education that we gain, it is the other life experiences such as time management while working part-time which prepares you for the future. Also socialising with fellow students and the friendly locals of Melbourne has made me feel that this is my home away from home.