Every year, our Monash alumni play a part in shaping our future through their donations and bequests. These generous gifts help to support our internationally recognised research efforts, and enhance our teaching and learning practices. 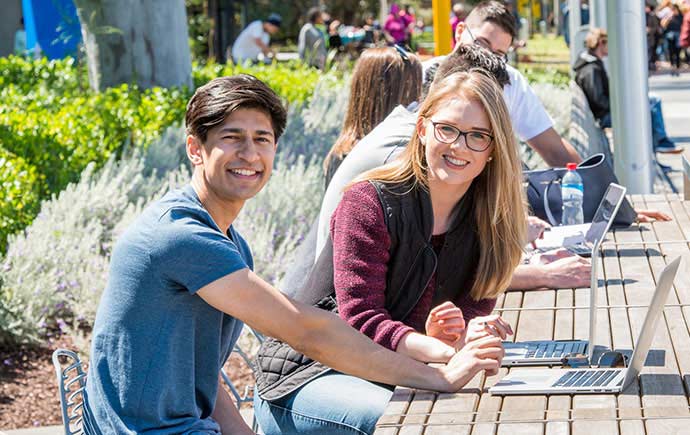 Your gift can make a difference

Monash is the only Group of Eight university with a dedicated IT Faculty. We’re renowned world-wide for the quality of our teaching and research, and the calibre of our graduates. And your support is crucial in helping us to maintain this level of excellence. Big or small - every gift is appreciated, and every gift counts.

How to make a gift

You can make a gift to Monash IT through either donations or bequests.

You can view the Monash IT giving priorities to find out more about how we use your donations.

Bequests play a key role in laying the foundations for generations to come. By including a bequest in your will, you can help shape life-changing experiences for students and our community.

Those who’ve made bequests have themselves often been inspired by Monash's influence on their lives or on the lives of others. These bequests - from staff, alumni, friends, students and their families - have gone on to support teaching and learning, research, library resources, and student scholarships prizes. Learn more about bequests.

For further information about how you can support Monash University, please contact:

Jean Primrose Whyte grew up on a remote South Australian property. She became a dominant figure in Australian librarianship in the second half of the 20th century.

Jean became foundation professor of the Graduate School of Librarianship, Monash University (1975-88), where she implemented her ideas about professional education and produced outstanding graduates while promoting research.

In 1987 she received the highest award available to a professional librarian in Australia, the H.C.L. Anderson Award.