Face off - Cyclists not human enough for drivers: study 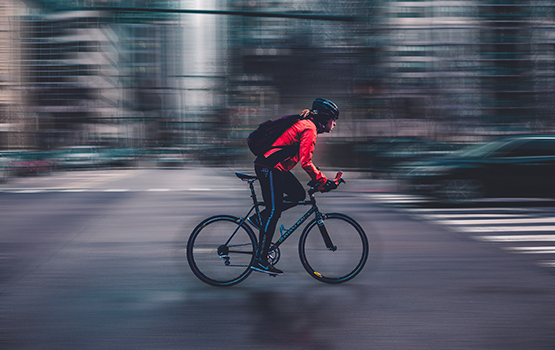 A new study by Monash University and QUT has found that more than half of car drivers think cyclists are not completely human.

A new Australian study has found that more than half of car drivers think cyclists are not completely human, with a link between the dehumanisation of bike riders and acts of deliberate aggression towards them on the road.

The study by researchers at Monash University, QUT’s Centre for Accident Research & Road Safety – Queensland (CARRS-Q) and Professor Nick Haslam at the University of Melbourne’s School of Psychological Sciences, is the first study to look at a road-user group with the problem of dehumanisation, which is typically studied in relation to attitudes towards racial or ethnic groups.

But if drivers can put a human face to cyclists, researchers say this could reduce aggression directed at cyclists and road trauma involving riders.

The research, Dehumanization of cyclists predicts self-reported aggressive behaviour toward them published in Transportation Research Part F: Traffic Psychology and Behaviour, notes that cyclists have been conceptualised as a minority group and a target of negative attitudes and behaviour.

The study, involving 442 respondents in Victoria, New South Wales and Queensland, identified people’s attitude to cyclists and whether they were cyclists or non-cyclists themselves.

Participants in the study were given either the iconic evolution of ape to man image, or an adaption of that image showing the stages of evolution from cockroach to human.

Lead author Dr Alexa Delbosc, Senior Lecturer in the Institute of Transport Studies (Department of Civil Engineering) at Monash University, said the insect-human scale was designed for the study because of the many informal slurs against cyclists comparing them to “cockroaches” or “mosquitoes”.

On both ape-human and insect-human scales, 55 per cent of non-cyclists and 30 per cent of cyclists rated cyclists as not completely human.

“When you don’t think someone is ‘fully’ human, it’s easier to justify hatred or aggression towards them. This can set up an escalating cycle of resentment,” Dr Delbosc said.

“If cyclists feel dehumanised by other road users, they may be more likely to act out against motorists, feeding into a self-fulfilling prophecy that further fuels dehumanisation against them.

“Ultimately we want to understand this process so we can do a better job at putting a human face to people who ride bikes, so that hopefully we can help put a stop to the abuse.”

Co-author of the paper CARRS-Q Centre Director Narelle Haworth said the study revealed that the problem of dehumanisation on the roads was not just a case of car driver versus cyclist.

“The bigger issue is that significant numbers of both groups rank cyclists as not 100 per cent human,” Professor Haworth said.

“The dehumanisation scale is associated with the self-reporting of direct aggression.

Professor Haworth said there was a growing push to avoid the word cyclist, which many viewed with negative connotations.

“Let’s talk about people who ride bikes rather than cyclists because that’s the first step towards getting rid of this dehumanisation,” she said.