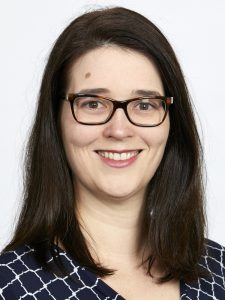 Alexa Delbosc is utilising her passion in social sciences to research the impact that the transport system has on society.

Alexa is a Senior Lecturer in the Institute of Transport Studies, Faculty of Civil Engineering at Monash University. After graduating from Harvard with a Masters in social psychology, Alexa wanted to apply her social science research skills to solve real-world problems.  Her research has covered such topics as the impact of transport on psychological well-being, understanding the psychology of fare evasion and exploring the changing mobility of the millennial generation.  This last project has earned her a prestigious Discovery Early Career Research Award from the Australian Research Council.

The intersection between transport engineering and social science is an emerging but very important frontier in transport research. The benefits of Alexa’s research are immeasurable, as she is able to directly inform transport policy and planning; cultivating strong industry and government contacts.

The aim of this project is to understand the complexity of decision-making around driver licensing and car travel of Australian millennials. The historical growth in car use is coming to an end as young adults are becoming less likely to get a licence and drive cars. The millennial generation is poised between two key life stages – the first opportunity to get a driving licence and the transition into adulthood.

Putting a human face on cyclists in the ACT

A recent study conducted by the applicants (“Dehumanization of cyclists predicts self-reported aggressive behaviour toward them: A pilot study”, Transportation Research Part F) found that around half of non-cyclists held dehumanising beliefs about cyclists. Dehumanisation means treating people as if they are less than fully human, or not fully evolved, and it is usually applied to racial or ethnic groups, homeless people or psychiatric patients.  On-road cyclists, in particular, look and act differently to ‘humans’: they move in a mechanical way and their faces are not often seen by motorists.

Worryingly, these dehumanising beliefs were correlated with negative attitudes to cyclists and were associated with self-reported aggression such as throwing objects at cyclists or using a car to deliberately block a cyclist.

In this study, the team aims to test interventions that can potentially reduce dehumanising attitudes and aggression toward cyclists.  Ultimately, this project may help improve the often-fractious relationship between cyclists and motorists and thus improve the safety of ACT cyclists.

I have co-authored 50 journal articles, over 60 conference papers and 10 book chapters on transport and travel behaviour.  View my Google Scholar profile for a full list.