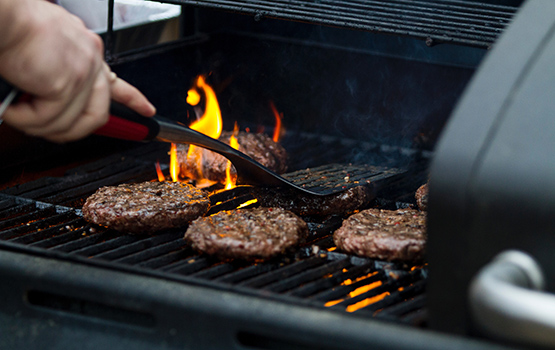 Steak is not only a good source of iron but could also help your love life. A new international study shows that the humble cut of red meat could help men awaken their sexual motivation system and achieve personal dating goals.

Research involving more than 1600 participants from Australia, USA and the UK found that a desire for status and implied wealth, combined with the motivation to pursue a mating partner, made men more likely to choose meat-based dishes.

In contrast, when their sexual motivation system is activated, women prioritised beauty and vegetarian food alternatives over meat in order to make themselves desirable to men.

The provocative study by Dr Eugene Chan, Senior Lecturer in Marketing at the Monash Business School, and Associate Professor Natalina Zlatevska from the University of Technology Sydney was published in the Food Quality and Preference Journal on Wednesday 22 January 2019. This follows previous research by both academics into the link between meat and social status.

“Sexual and mating desires are fundamental to all of humankind’s existence. As such, our search for a mate is so fundamental in the evolutionary psyche that it might shape food decisions also – so long as they are relevant in attaining mating goals,” Dr Chan said.

Previous research has looked at status qualities like wealth, confidence, ambition and philanthropy as desirable attributes for men in attracting women.

In human evolutionary history, meat was both rare and difficult to prepare. Meat-eating not only provided strength to consumers, but conveyed the status and wealth of men to women which increased their mating desirability.

“The link between meat and status is grounded in evolutionary drivers of consumption. Cavemen consumed meat in order to be strong, healthy and powerful enough to survive the harsh environment. Royalty and the nobility also consumed meat because it signified wealth,” Associate Professor Zlatevska said.

“To this day we still celebrate with meat, especially around Christmas, Thanksgiving and at weddings, as well as those moments we share with family and friends.”

Three separate behavioural studies, designed to establish a link between sexual motivation and meat consumption, were conducted as part of the broader project.

The first study monitored the food choices of 268 undergraduate university students in Australia after being exposed to images of attractive men and women – none of which were nude or sexually-provocative. After the study, as a rewards for their participation, the students chose either a beef or vegan jerky. More than 86% of men chose the beef jerky, but this figure dropped to just 54% for female participants.

For the second study, 878 Americans were divided into two groups and subjected to different forms of sexual motivation manipulation for a five minute period.

Participants in one group were asked to imagine meeting a highly desirable person of the opposite sex, spending a romantic evening with him/her, and finding themselves romantically attached to the other person. In the control group, participants envisioned a fun night out with a friend of the same sex.

Results showed that men subjected to sexual motivation manipulation were more likely to choose a beef burger compared to their male counterparts in the control group.

Dr Chan said the research findings also had practical implications for marketers and advertisers in the food industry, especially as the meat-status link may continue to grow meat consumption rates.

According to the Worldwatch Institute, meat consumption on a per capita basis increased from 31.3kg in 1999 to 41.9kg in 2010 globally.

“Sexual stimuli are abundant in modern society. We can’t avoid such stimuli or imagery when leaving the home or watching our favourite programs on television or online.

“If exposure to sexual stimuli can affect food choices, policy makers, health officials and food sustainability advisors need to be aware of this link in order to change behavioural attitudes towards meat and other products.”

The study titled: ‘Is meat sexy? Meat preference as a function of the sexual motivation system’ can be downloaded from the Science Direct website.