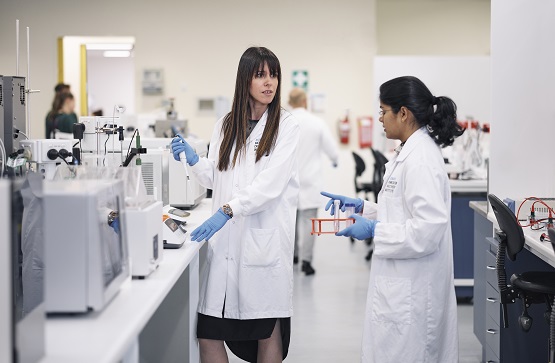 An innovative research partnership has been established between Monash University and new Melbourne-based start up, oNKo-innate Pty Ltd.

The unique partnership sees oNKo-innate, co-founded by Professor Nicholas Huntington and Dr Jai Rautela, being based at the Monash Biomedicine Discovery Institute (BDI). The partnership strengthens immunology and cancer research at the BDI, with oNKo-innate developing novel approaches to immunotherapy using the expertise in Natural Killer (NK) cell biology.

This new model of partnership demonstrates Monash BDI's vision of fostering an innovation-led research environment where discovery researchers are encouraged to partner with industry and establish their own start-ups.

Professor John Carroll, Director of Monash BDI, said the arrival of the oNKo-innate team, who recently announced a major multi-year partnership with Gilead, exemplifies this approach.

“This is a great example of discovery research moving rapidly to a major industry partnership in order to accelerate the development of new cancer therapies. The partnership is improving health and creating new jobs at the interface of research and commercial development for some of Australia’s best young scientists,” Professor Carroll said.

Through this research partnership, oNKo-innate, a discovery-stage biotechnology company, will work towards the next major advances in cancer immunotherapy. They will use strategies that recruit, integrate and activate a more diverse immune response, to identify and harness the cancer-fighting abilities of the NK cells.

“Monash University and Monash BDI have a level of infrastructure, support and space that is unique amongst Australian research precincts. Combined with the visionary commercialisation team and can-do attitude of the leadership team, it really was the perfect fit for oNKo-innate’s R&D aspirations,” said Professor Huntington.

The partnership between Monash and oNKo-innate was facilitated by Monash Innovation, part of the Enterprise portfolio at Monash University.

“oNKo-innate might be a young start-up but the vision, expertise and true grit of its founders have captured the attention of Gilead, a market leader on the global stage. We are embracing a new era of partnering style and are thrilled to have Monash BDI as oNKo-innate’s key research partner,” said Dr Katherine Nielsen, Director (Life Sciences), Monash Innovation.

“With more than 20 years of collective academic expertise in NK cell biology, we have long believed in the potential for NK cells to play a role in cancer immunotherapy. We are excited to be working with Monash University in this exemplary industry-academia partnership in order to perform our cutting-edge R&D,” Dr Jai Rautela said.

oNKo-innate is a discovery-stage biotechnology company dedicated to target identification and pre-clinical immuno-oncology drug development. With our deep understanding of NK cells, we aim to be the first to truly therapeutically harness the cancer-fighting abilities of these remarkable white blood cells. For more information on oNKo-innate, visit www.onko-innate.com