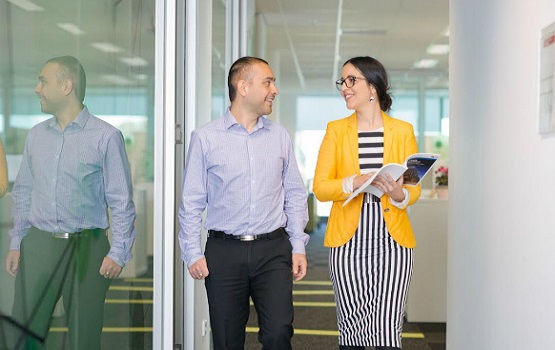 Monash University has again solidified its stance as a leader in workplace gender equality, receiving the prestigious Employer of Choice for Gender Equality citation for a third consecutive term.

“The Employer of Choice for Gender Equality citation is very welcome recognition of Monash University’s continued endeavour to foster an environment in which all staff, irrespective of gender, are able to participate equally,” Professor Gardner said.

The University’s support for parents and carers goes well beyond the provision of generous parental leave and flexible work options.

Monash offers a range of parental programs to assist staff to more effectively manage the often complex transition to and from parental leave, including workshops for new fathers. We also have facilities in place such as childcare centres and parenting rooms.

“Monash strives to ensure all staff members have the opportunity to advance their career and to balance their work and family responsibilities with flexible working options, while also actively taking steps to reduce discrimination and unconscious bias,” Professor Gardner said.

“Today we celebrate our diverse and inclusive culture with the realisation of the vision to achieve excellence in true gender equity.”

The Employer of Choice for Gender Equality citation is a formal recognition by the Workplace Gender Equality Agency (WGEA). It is awarded to employers who can demonstrate they are among the best of the best when it comes to creating workplaces that equally support women and men to reach their full potential.

The citation is strategically aligned with the Workplace Gender Equality Act 2012 (Act), reflecting the change in promoting and improving gender equality for both women and men, while recognising the historically disadvantaged position of women in the workplace.

About the Workplace Gender Equality Agency