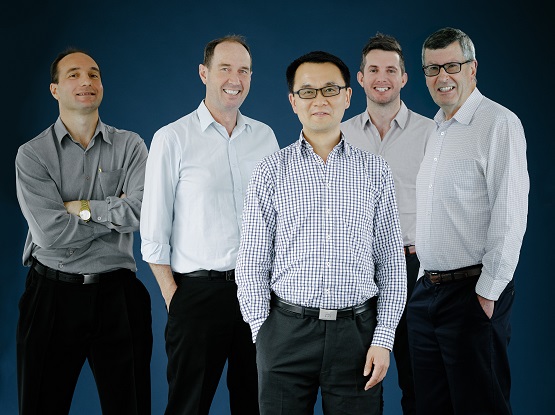 In a critical step towards addressing an urgent unmet medical need due to infections caused by antibiotic-resistant bacteria - also known as ‘superbugs’ - a new antibiotic (QPX9003) discovered by Monash University researchers has entered Phase 1 clinical trials in the United States.

The trials have been initiated by the US-based biopharmaceutical company Qpex Biopharma Inc. (Qpex) who have worked in collaboration with Monash to drive clinical development of the drug.

QPX9003, which was discovered at the Monash Institute of Pharmaceutical Sciences (MIPS) and the Monash Biomedicine Discovery Institute (BDI), is an intravenously-administered synthetic next-generation polymyxin for treating Gram-negative ‘superbug’ infections. No new polymyxins have been approved since polymyxin B and colistin became available in the late 1950s.

Deemed a global health crisis, Gram-negative bacteria can cause serious infections, including pneumonia, bloodstream infections, urinary tract infections, peritonitis and meningitis. The World Health Organization has highlighted that new antibiotics are urgently needed to treat bacterial ‘superbugs’, which have the potential to kill 10 million people per year by 2050 – more than any other type of disease.

“This is a remarkable achievement for our team, to take a drug from concept into the clinic. QPX9003 shows significantly improved safety and efficacy over the currently used polymyxin antibiotics in pre-clinical studies, in particular for lung infections,” said Professor Li who heads up the Monash antibiotic drug discovery program.

“This has been an amazing journey involving two decades of hard work across pharmacology, medicinal chemistry and drug discovery. We’re very thankful for the efforts of our team here at Monash, the support of Monash Innovation, our productive collaboration with Qpex and the US National Institute of Allergy and Infectious Diseases (NIAID, R01AI098771) for funding our polymyxin drug development program.”

Dr Michael Dudley, President and CEO of Qpex said, “We believe the clinical candidate QPX9003 emerging from this collaboration with internationally leading scientists in polymyxin research will be the best in this class. This program addresses the serious and urgent global antibiotic resistance threats in a timely manner. We look forward to advancing QPX9003 through global development with our partners”.

Professor John Carroll, Director of the Monash Biomedicine Discovery Institute, said: “  It is important that our discovery research is translated into improving health and economic gain. The Monash-Qpex partnership is a great example of successful research commercialisation to help bring a critical new antibiotic to the market.”

The next-generation polymyxin research program was initiated with a Monash Research Impact Fund in 2008 and was funded by a five-year US National Institutes of Health R01 grant. Monash’s portfolio of proprietary synthetic polymyxin antibiotics (including QPX9003) was exclusively licenced to Qpex for worldwide rights to develop and commercialize in multiple territories.