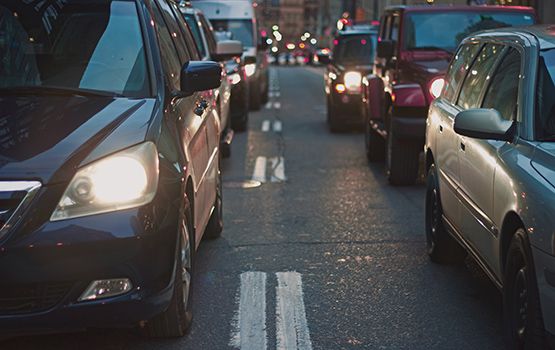 Fewer people will use public transport and instead use cars in post-pandemic Melbourne, a new report by Monash University shows.

Fewer people will use public transport and instead use cars, causing more congestion, once COVID-19 restrictions ease in Melbourne, preliminary findings of a new report by the Monash Public Transport Research Group show.

A report on the long-term travel impacts of Victorians show public transport usage could return to only 80 per cent of pre-COVID-19 levels, with rail the heaviest hit at just 69 per cent.

This latest research by Professor Graham Currie FTSE, Dr Taru Jain and Laura Aston from the Monash Public Transport Research Group is a survey of more than 2000 Melbourne citizens from the outer, middle and inner suburbs, representing a range of ages and socio-economic groups. The report was prepared for the Victorian Department of Transport.

Phase 1 surveys were conducted during the initial COVID-19 lockdown, with Phase 2 surveys completed during Stage 3 and early parts of Stage 4 restrictions across Melbourne. The final Phase will be conducted in late-2020 and early-2021 on Melbourne’s transport behaviour as COVID-19 restrictions ease.

During the first shutdown, Phase 1 survey results showed that safety at night was still the number one concern for public transport users. But, during the second shutdown, the possibility of infection became the top concern for commuters – contributing to the predicted rise in future car use.

The survey shows some evidence of a small shift away from public transport even after the virus has gone, with people driving instead. A modest increase in cycling is also forecast.

“Unfortunately, initial findings from this report don’t provide a very useful outlook for the future of Melbourne, because we have already got too many cars,” Professor Currie, also Chair of Public Transport at Monash University’s Faculty of Engineering, said.

“The forecast growth in driving might be reversed when traffic gets back to normal. But, if these numbers are correct, we’re going to see an awful lot of gridlock. As a result, and hopefully, this idea that it’s better to travel by car because it’s safer could disappear.”

Other key findings of the report include:

“The forecast move away from public transport is concerning but we expect ridership growth to gradually fill this gap,” Professor Currie said.

“It would probably only take about five to 10 years for growth to return public transport use to pre-COVID-19 levels.

“And that means that the extra rail lines and other infrastructure projects in the pipeline, such as the Suburban Rail Loop, will still need to be built, because by the time they are ready, immigration will have grown again, boosting demand.

“We're building the Metro for 100 years, and it’s going to take us 20 years before it’s ready. None of the big mega projects will be ready in five years.

“We expect that Melbourne’s meteoric population growth will continue post-COVID-19, and actually we expect it to increase. Pre-COVID-19 overseas immigration – not counting overseas students - was responsible for about 70 per cent of the city’s growth. Melbourne will experience more migration in the next five years which will put added strain on our already fragile transport networks.”

Professor Currie’s research into travel activity is part of The Melbourne Experiment, launched recently by Monash University. It is a landmark interdisciplinary research collaboration to study the effects of COVID-19 restrictions on the functions of the city. More details can be found on the project website.