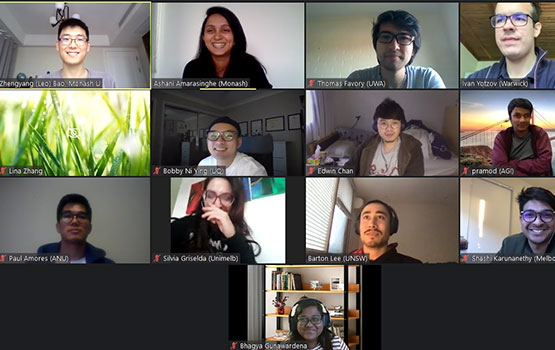 With many conferences around the world cancelled due to travel bans and work from home restrictions, Monash student and PhD candidate from the Department of Economics, Ashani Amarasinghe didn’t let the pandemic stop her creating the ‘Applied Young Economist webinar’ with help from colleagues across the Monash Warwick Alliance and the Monash SoDa Laboratories.

“The idea for the webinar came about during a conversation with my supervisor, Associate Professor Paul Raschky. We observed that given the current constrained environment there were potentially many PhD students and Post-Doctoral research fellows who didn't have enough outlets to get their work presented,” says Ashani.

Together, they discovered there were quite a few webinars where senior and more established faculty could present their work, but opportunities for the junior crowd were almost non-existent. A gap in the market existed and the Applied Young Economist Webinar (AYEW) was conceived.

The original idea was to target young economists in Australia where they could connect, interact and engage with each other, while sharing their enthusiasm for the discipline of Economics. Ashani approached all Go8 universities and discovered an overwhelming response. This response led to expanding the webinar to other time zones and geographies.

“We approached Professor, Sascha Becker who recently moved to Monash from the University of Warwick for his input,” Ashani explains. “Due to significant time differences, we were of the view that having a European counterpart to run the Europe/US East Coast edition would be ideal. It was then we thought of the strategic importance of the Monash Warwick Alliance. Professor Becker suggested that Ivan Yotzov, Sascha's PhD student at the University of Warwick, might be able to work on the Europe/US East Coast edition”.

With Ivan fully on board, the team successfully segregated the global webinar across two major time zones.

Ivan explains, “I was very happy to become involved with the AYEW series and help set up an edition for the European/US east coast time zones. Many of my friends and colleagues (including myself) have had to cancel research trips, presentations, and conferences this year. By providing a platform for young researchers to continue presenting their work, AYEW makes great strides to filling this gap.”

Ashani and Ivan worked carefully sorting submissions to choose the highest quality work and plan logistics. The first webinars took place successfully on 22 April (Aus/US West Coast) and 29 April (Europe/US East Coast). Since then, popularity has continued to rise with most presentation slots for the year already booked out. On average, the team have seen 30-40 participants per session from all over of the world, contributing to lively discussions on a broad range of topics from political economy, economic development, to financial risk and behavioural experiments.

“The success so far has been incredible,’ says Ivan. “It is a testament to the truly global nature of the discipline, as well as the power of technology to sustain a vibrant research environment despite the changing times.”

Both agree building a global webinar was an ambitious project and having two editions was a key factor, allowing more people from around the world to participate. In less than two months, almost 500 people registered their interest and more than 50 webinars have been scheduled, with speakers from over 30 institutions across four continents. 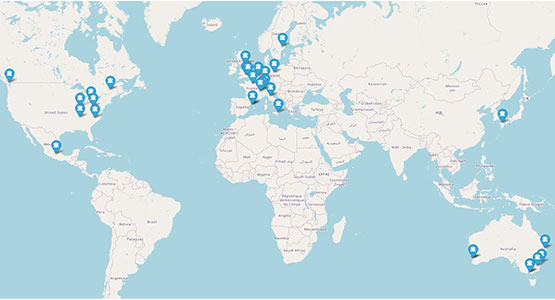 “The global aspect of the webinar has been extremely appealing to the broad 'young economist' audience,” says Ashani. “It is really is amazing how people from all across the globe get together in one place virtually to listen to and discuss the work of upcoming scholars.”

This sentiment is echoed from students around the world:

"Being able to present my work at AYEW was a big opportunity for me, not only for the feedback, but for the networking opportunities. Such an amazing group of young scholars." Juan Pablo Aparicio, University of Western Australia

"At the AYEW, I received insightful comments on my job market paper from scholars from all over the world. It is a very well attended venue where promising young economists present innovative research on policy-relevant topics." David Escamilla-Guerrero, University of Oxford

"Attendees from different institutions are very active to ask questions. I received very useful and professional comments from the webinar to help me improve my paper." Tong Zhang,  Australian National University

“The AYEW represented a great occasion to present my recent research. The feedback was valuable and the overall atmosphere was great. While AYEW was started due to the COVID-19 related cancellation of many conferences, I would be glad to see the workshop continue. Good occasions to present are rare for young researchers, and the AYEW definitely is a great occasion to overcome geographical boundaries and reach a worldwide audience of like-minded economists.” Paul Berenberg-Gossler, Hertie School, Berlin

Find out more about the Applied Young Economist Webinar series