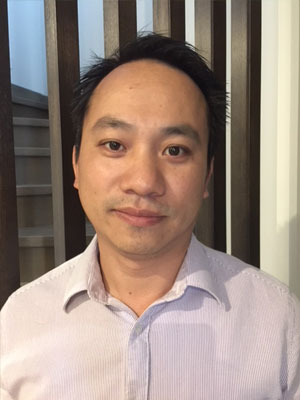 When Tri Chau (BCom/BBusSys 2001) first graduated, he’d planned to become an accountant. But destiny prevailed and he has instead emerged as a SAP (Systems, Applications and Products) functional consultant, working as a contractor at various companies across a range of industries. His role varies from project to project. It also changes throughout the course a project.

“I’m involved in a project’s full life cycle. Design, configuration, testing and training,” explains Tri. “I enjoy my work as it isn’t fixed. I might do one thing today and something completely different tomorrow.”

Tri points out the pros and cons of contract work. “You’re your own boss – you decide where you work and what you do,” he says. “But it’s not for everyone. You don’t have the stability of a permanent job. And, because you’re contracted to perform a specific role, you have limited opportunities to learn.”

Wanderlust has influenced Tri’s career path. After several months in a graduate role at Accenture (formerly Andersen Consulting) in Adelaide, he headed off to Sydney to work for an IT start-up, as a lifestyle change and learning opportunity. Later Tri returned to Accenture to work on SAP Coles Myer and TruEnergy projects. From there he made the leap to specialising in the SAP financial module, first in Canberra then Sydney.

After lots of adventures in new places, Tri decided to return to Melbourne, where he has worked at the Bureau of Meteorology, Spotless, the Department of Health and Human Services and, most recently, Honda Australia. “I’ve now made the decision to try and stay in Melbourne due to having a young family,” he shares.

Looking back on his illustrious career, Tri remarks, “Money is important, but it’s not the most important thing. Do what you want to do so you don’t have regrets at the end of the day.” He also stresses that you don’t have to be a programmer to have an IT career, and that there are plenty of nontechnical jobs in IT.

When asked how he has managed to achieve so much, Tri replies, “Hard work and good luck.” Maybe do the hard work and the good luck will follow.