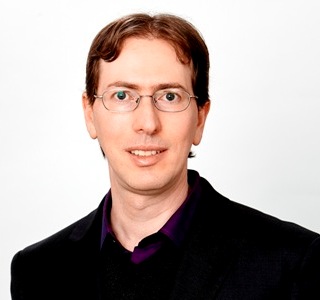 Associate Professor Michael Brand had already had a very successful career as a data science researcher and research leader before he decided to pursue a PhD at Monash University.

For over 20 years he worked in a wide range of domains, including analysis of audio, video, 3D depth data, natural language and more, with some of his work resulting in patents and widely used products, such as the revolutionary Xbox Kinect console.

“The Kinect became the fastest selling consumer electronics device ever, but the real ‘wow’ came when we found out what people were doing with the technology. Far beyond simple gaming, people were using Kinects to build robots that were far more aware of their environments (enough to fly indoors, navigate through complex buildings or build automated maps of their surroundings), to construct augmented and virtual realities, and to invent human-computer interaction methods that we never dreamed of. It was revolutionary,” he said.

Associate Professor Brand said that he has always pursued other academic interests on top of his fulltime work.

“Doing a PhD seemed like a logical step for me,” he said.

Remarkably, he completed his PhD in just three years part-time, the equivalent of an 18 months full-time candidature. His thesis, titled ‘Computing with Arbitrary and Randon Numbers’, was awarded the Faculty of Information Technology’s Doctoral Medal and the 2013 Mollie Holman medal, one of the highest academic honours that Monash University bestows.

In 2015, he joined Monash’s Faculty of Information Technology, where he became a member of one of the strongest university-based data science research groups in the Asia Pacific region.

"Monash has always had strong expertise in both machine learning and modelling/optimisation. Couple that with our broad perspective on IT, covering everything from knowledge management to visualisation, and you see that Data Science fits here perfectly. It's great to be able to draw on all these strengths and use them to create something that is truly game-changing, and that's exactly what our Data Science group has been doing," he said.

“Data Science is a powerful tool for the business world and in particular for big business. I think the need for data science researchers is only going to keep growing,” he said.

On top of his regular workload, Associate Professor Brand shares his love of mathematics with the world through a website called Using your Head is Permitted. Every month he posts a new mathematical puzzle.

“With the riddles, I’m trying to remind readers that maths isn’t about test scores, or even about numbers. For me, it’s all about curiosity, creativity and clear thinking,” he said.

“The current wave now changing the world is Big Data. Can you harness it to make the world better?”