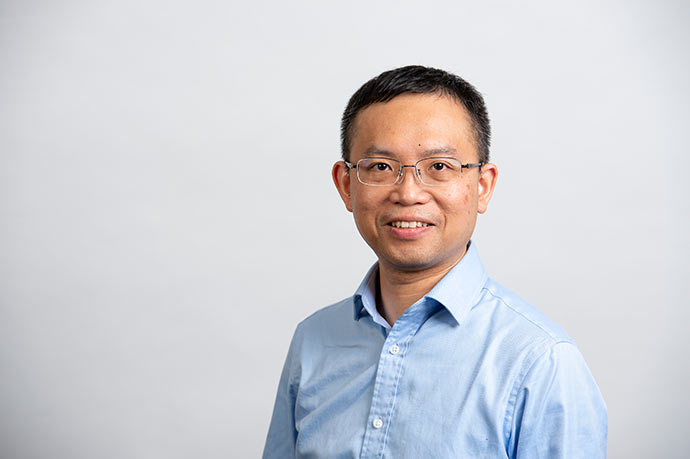 Associate Professor Joseph Liu was announced as ACS ICT ‘Researcher of the Year’ at the 2018 Digital Disruptor Awards last night recognising his groundbreaking research in advancing blockchain technology as a legitimate way to create new economic and social systems.

The ACS Digital Disruptor Awards, presented by the professional association for Australia’s ICT sector - the Australian Computer Society (ACS), recognises the achievements and talent of individual ICT professionals and group skills including service transformations across a range of award categories.

Faculty of IT Dean, Professor Jon Whittle is delighted Joseph has been named ACS ICT Researcher of the Year. He says Joseph continues to shape modern IT by pushing the boundaries in blockchain research.

“It was a proud moment to witness Joseph receive his award. Monash is the birthplace of big ideas in computing and IT and our people - like Joseph are pioneers in their disciplines,” the Dean said.

Since 2004 Joseph has been developing cryptographic algorithms for secure peer-to-peer transactions and played a leading role in creating the Linkable Ring Signature, which Monero, a cryptocurrency similar to Bitcoin, used to add a layer of privacy to the transaction process.

In 2017, he was appointed Director of Monash University’s Blockchain Lab, a joint venture with Collinstar Capital and Hong Kong Polytechnic University to develop a new cryptocurrency called HCash so it can act as a connecting point for all existing blockchain cryptocurrency systems.

This year he disrupted the tech world by moving it a step closer in securing privacy, data integrity and security in blockchain as the race to build supercomputers gains momentum with the launch of a new post-quantum privacy preserving algorithm.

The enhanced security and privacy features of the Lattice-Based One Time Linkable Ring Signature algorithm enables large transaction and transfer of data without the risk of being hacked by quantum computers.

“Joseph’s visionary research to advance blockchain technology brings the world one step closer to fully realising it as a powerful innovation that is poised to bring substantial change to financial services as well as many other industries,” the Dean said.