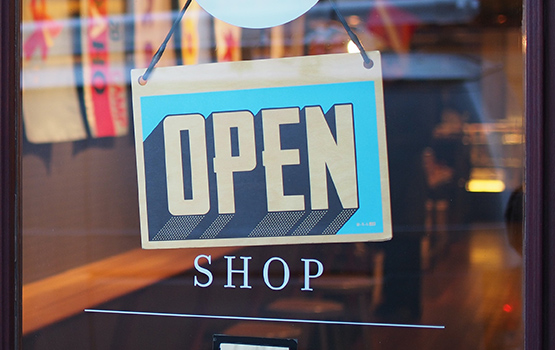 Australian consumers flocked to bricks-and-mortar stores to buy household items rather than use online channels in the six months up to May 2020.

Despite the COVID-19 pandemic, Australian consumers still flocked to bricks-and-mortar stores to buy household items rather than use online channels in the six months up to May 2020, according to a new report by researchers at Monash University.

The annual Retail Monitor survey of 500 Australian shoppers, compiled by researchers at the Australian Consumer and Retail Studies (ACRS) unit in the Monash Business School, shows, on average, 59 per cent of total non-grocery consumer spend was made in physical stores.

Online marketplaces also grew in popularity, accounting for 10 per cent of consumer spend, only just behind retailer websites at 15 per cent and online-only retailers like The Iconic and Kogan at 11 per cent.

The survey shows 70 per cent of Australians purchased clothing, footwear and accessories in store in the six months up to May 2020. Household items and personal care products were also popular purchases (54 per cent and 52 per cent, respectively), while the popularity of consumer electronics and media and entertainment products grew (32 per cent and 26 per cent, respectively).

As Melbourne experiences lockdown for a second time, research conducted in May gives some insight into how both consumers and retailers have adapted under the COVID-19 pandemic.

As people have been stuck home during lockdown, some used the opportunity to clean out their wardrobes and homes, with many of those products sold on websites like Facebook Marketplace and Gumtree.

Consumer electronics, and media and entertainment items – items like TVs, DVDs and gaming consoles, and computer monitors – were also popular during lockdown, as people sought entertainment while indoors.

Dr Eloise Zoppos from ACRS says shoppers, many of whom turned to online shopping channels for the first time or more regularly as bricks and mortar stores were closed, expect to use online channels more in the next six months due to COVID-19.

“Many shoppers used online shopping channels like marketplaces for the first time during the shutdown, when physical stores were no longer open,” Dr Zoppos said.

“And they expect that they will be using online channels more in the second half of the year, suggesting they have become more comfortable and confident in their use.

“But it was surprising to see, especially during the early period of the COVID-19 pandemic, that people still visited and trusted physical stores for non-grocery related purchases. That should give retailers of all sizes confidence that people still value a personalised shopping experience.”

Earlier this year, consumers were reeling from a long list of retail closures, uncertain if this was the beginning of the end for retail. Back then, Dr Zoppos explained it was not a retail apocalypse, but rather a changing of the guard with consumers now having more power than retailers.

More than one-quarter of shoppers said they would turn to online retailer websites for their purchases in the next six months, with 24 per cent saying they will use online-only retailers.

“It’s been a tumultuous first half of the year, but retailers who are nimble, agile and prepared to adapt to new consumer and shopping behaviours, are going to be successful in the long-term.”