That's disgusting: Taking a mind over insect-matter approach to food 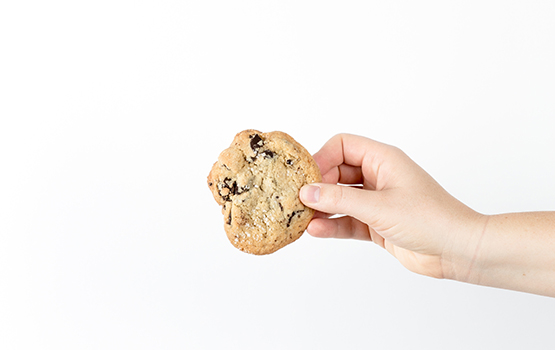 The thought of consuming an insect-based snack bar or smoothie as part of a staple diet would make even those with the strongest of stomachs squirm.

But Monash University researchers are trying to understand why the ‘disgust’ mechanism of the brain prevents us from trying foreign foods that actually possess health benefits – in this case, insects.

Professor Eugene Chan from Monash Business School’s Department of Marketing conducted two separate studies into the link between our state-of-mind and emotional reaction to newly-introduced foods. The results were published in the international scientific journal, Food Quality and Preference.

The first study measured the willingness of 202 participants to try five different insect-based products, from deep-fried silkworms and crickets, to chocolate chip cookies that were baked with cricket flour.

In the second study, 155 participants were presented with two drinks with identical positive health benefits – but one was a by-product of silkworm protein and the other from ordinary cow’s milk.

Participants in both studies were subjected to mindfulness exercises – including guided meditation, breathing training and listening to a 15-minute audio track that induced a mind-wandering state – and had never consumed insects previously.

“Despite being presented with the positive health and environmental benefits as motivational factors to choose insects as a viable food and nutrition source, we found that participants reacted with disgust and instead opted for the more ‘familiar’ food source,” Professor Chan said.

“These findings were completely opposite to my initial expectations. Entomophagy (the consumption of insects) is not a new practice and has been taking place for tens of thousands of years. More than two billion people world-wide regularly eat insects as part of their diet and there are more than 2000 edible insect species.

“I anticipated that mindfulness might have encouraged people to try insects as it removes some of that initial negative reaction to a foreign food. Perhaps disgust is an emotion that is too negative and powerful to influence a behaviour change.”

Professor Chan’s research also found that the role of disgust in food choice is not just restricted to eating insects. It also includes trying new foods or cuisines that are an intrinsic part of a culture foreign to one’s own.

“Blue vein cheese, which is characterised by mouldy spots and a foul odour, may be present at many social functions and the family dinner table which could please some people but disgust others. Even being presented with offal and unfamiliar fruit and vegetables could enliven our ‘disgust’ mechanism – despite the contents being perfectly edible,” Professor Chan said.

“While this research only focuses on testing the impacts of mindfulness on a person’s willingness to try insect-based foods, it is possible that increased self-awareness might produce different – perhaps even positive – reactions towards actually eating insects.

“Although our attitudes towards insect eating is generally negative, individuals who actually try insect-based foods may respond more favourably than their initial attitudes predict.”

Mindfulness, commonly associated with Buddhism, refers to the state of being aware and taking note of what is going on within oneself and the outside world. International studies have shown that mindfulness can deliver positive eating behaviour by treating various eating disorders and altering consumption patterns.