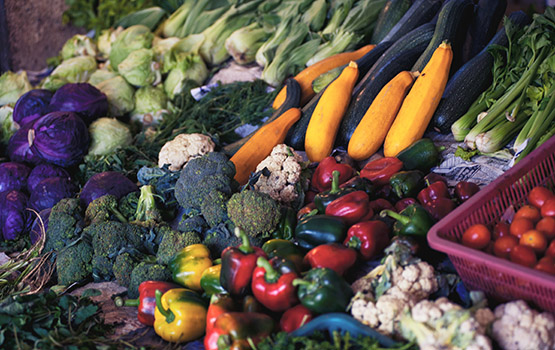 Cost of living pressures have hit Victorian middle-income earners hard with many struggling to access and provide safe and nutritious food for their families, new research by Monash University shows.

Monash University researcher and public health dietitian, Dr Sue Kleve, says food insecurity in low to middle-income households – who straddle the median income of about $73,000 – may experience episodes of and/or ongoing food insecurity.

This is due to increased housing costs, higher food prices and other financial pressures (like utility costs), sudden change in employment status, illness or disability.

Dr Kleve from the University’s Department of Nutrition, Dietetics and Food, in collaboration with Flinders University, has conducted an Australian-first study into the impacts of food insecurity on low to middle-income Melbourne households earning between $40,000 and $80,000 a year.

Her research, published in The International Journal of Environmental Research and Public Health, has found many Melburnians fell into food insecurity as cost of living pressures hit families hard.

“When we think of food security as an issue, we tend to believe it is an experience confined to developing countries, not in Australia,” Dr Kleve said.

“There are many key interacting factors affecting a household’s food security status in Australia, including food supply, physical and economic access to food and the physical and personal resources to cook and store food. The major factor is a low income or limited financial resources.

“Food insecurity also leads to stressful experiences and compromises about the amount and quality of food chosen. Some families are forced to save money and buy cheaper options that are lower in nutritional value, with some family members skipping meals altogether.”

Researchers surveyed 134 people and then interviewed 16 people from households across Melbourne about their experiences accessing food, including budgets, factors that impacted on their food decisions, coping strategies and worries.

The household spokespeople who had experienced food insecurity liked it to a “walking a tightrope”.

“One woman told us of the pressure of an event at school where her child was asked to bring a fruit platter, but the family couldn’t afford it. This created stress because she didn’t want her child to be seen as doing it tough or missing out,” Dr Kleve said.

“Another individual who experienced a relationship breakdown said friends contributed basics like toilet paper on a weekly basis so they had an extra $10 for food.”

But the researchers also found “resilience and resourcefulness” in highly developed practices around budgeting, food knowledge, planning, shopping for food, and preparing food. These were important to households when the triggers of food insecurity were felt, but often they could only protect or buffer the food insecurity experience to a point.

Dr Kleve said the common response to food insecurity, similar to other high-income countries, is through support from welfare agencies or developing food programs that teach people how to budget, grow and cook food.

While these initiatives are important, Dr Kleve said the problem of food insecurity is complex and deeper today than ever before.

“In order to prevent Australians from falling off the food security tightrope, a broad range of responses inclusive of, but beyond, food provisions are required,” she said.

“While limited financial resources are a primary determinant of food security status, this research confirmed that there are multiple additional determinants that must be considered to maintain food security.”