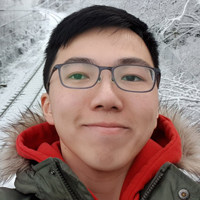 Why did you decide to study science?
I have always been fascinated with the sciences, ever since I was little. I distinctly remember having an astronomy phase in primary school, reading every book I could find at the local library. As I grew up, the fascination waxed and waned but never faded away, from physics to chemistry to computer science. This caused me to choose two sciences and two maths in VCE and, having enjoyed those subjects, studying science at university was a no brainer.

What made you choose Monash Uni in particular?
The main consideration was how close it was to my house. A 15-minute journey each way to Monash compared to over an hour into the city made a big difference. My high school was in the city, and I had gotten tired of waking up early and travelling for 10 hours a week. Another factor was the double degrees – one extra year for another degree is a great deal, after all! And finally, most of my friend group had also decided on Monash. This turned out to be a very important factor, as I would not be where I am now without them.

What is your favourite aspect of studying science?
I’d have to say the flexibility in unit choice and collaborative atmosphere. Being a generalist degree, I had free reign to study whatever I wanted within the faculty, from computer science to mathematics to psychology to earth, atmosphere and environments. I could spend hours pouring over all the subject choices and pathways. I decided on maths in the end, and the school of mathematics have been nothing but helpful: offering course and life advice, and always being an email away.

What do you plan to do when you graduate?
This is a tough question! Eventually, I’d like to have been in some sort of research role, as well as be a school teacher. Until then, I plan to work in the data science or mathematical modelling space, or perhaps as a software developer. I’d also like to come back for postgraduate education, somewhere down the line.

What has been the highlight of your science degree so far?
100% my semester abroad! I spent 5 months at KTH University in Stockholm, Sweden at the end of 2019 as a part of my studies. It was an absolute blast, living in a new city, making friends from all over the world, and travelling Europe! I learnt a lot about myself living alone, as well as on my travels. I visited 7 countries in total, skied up in the arctic circle, and even saw the northern lights! I would without a doubt recommend going abroad to everyone.

What’s the biggest misconception you had about studying science before you started your course?
That studying Science makes you a scientist. There are actually so many pathways after science, and the majority of students don’t stay to become scientists in lab coats. Science teaches a way of thinking and analysing the world, and that can be applied to any field!

If you were to give some advice to someone who’s thinking about studying at Monash Science, what would you say?
I’d normally say go to university open days and get a feel for the vibe – how does it feel to walk around? Do you like the buildings and lecture halls? How are the places to eat and study on campus? However, given current circumstances, all I can say is keep an eye out for information. There’ll be opportunities where you can talk to students and/or professors, and you should make the most of those when they are run! It can be hard to figure out questions to ask so here are some top tips if you get stuck!

These are a great way to get a feel for the course and major, and the lecturers are more than happy to talk about their courses and area of interest! You could even ask them broad questions – Could you tell me little about your field of study?

Give us a life hack or piece of advice you live by
Just say yes! Many of life’s opportunities present themselves when you least expect it. Many of my leadership experiences at uni, including being Science Student Ambassador this year can be traced back to responding to an email calling for volunteers in mid-2018! The amount of times I’ve enjoyed myself doing something that I agreed to do far outweigh the times I’ve regretted it. And even if its not great, my motto is “Good time or Good story” – at least it’ll be fun to complain about! Seriously, just saying yes and doing something you normally wouldn’t is probably one of the best ways to have fun and improve yourself.