Bacteria in our stomachs tells our brains what to eat: study finds 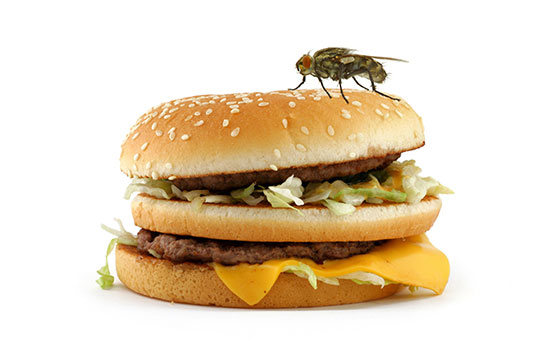 International research involving a Monash University biologist has shown that gut bacteria ‘speaks’ to the brain to control food choices.

The research, published in PLOS Biology, and led by Portugal’s Champalimaud Centre for the Unknown, also identified two species of bacteria that have an impact on animal dietary decisions.

“We’ve known for some time a combination of nutrients and the microbiome — the community of bacteria that resides in the gut — impact health,” Monash School of Biological Sciences’ Dr Mathew Piper said.

“But our research takes this concept further, suggesting that microbes might also be able to control behaviour.

The research team conducted experiments on the fruit fly Drosophila melanogaster in order to dissect the complex interaction of diet and microbes and its effect on food preference.

“We tested the impact on food choices of five different species of bacteria that are naturally present in the guts of fruit flies in the wild,” Dr Piper said.

“The results surprised us: two specific bacterial species could abolish the increased appetite for protein in flies that were fed food lacking essential amino acids.

With the right microbiome, fruit flies are able to face these unfavourable nutritional situations.

“Gut bacteria appears to induce some metabolic change that acts directly on the brain and the body, which mimics a state of protein satiety,” Dr Piper said.

The full study is available here.