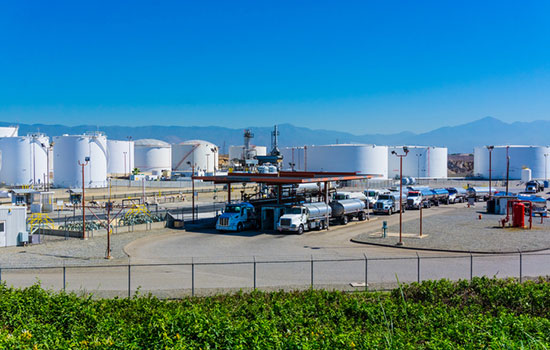 Falling revenues from petroleum mining, that spurred a review of the Petroleum Resource Rent Tax (PRRT), have hit regional communities hard and these same communities aren’t likely to get any relief from the government response.

Local communities that support the resource sector have called for funding now to build new infrastructure. But there is no good news for local communities in the review report because its recommendations will only apply to future projects subject to the PRRT. It won’t herald any changes in the up and coming federal budget.

The government’s recommendations from the review for existing projects can best be described as administrative. The report was silent on the introduction of Commonwealth royalties for those gas projects that are currently only subject to the PRRT.

My research on the industry and community submissions to the review shows the petroleum industry has closed ranks and called for no change to resource taxation. By contrast an alliance of regional shire councils want PRRT revenue placed in a future fund.

In addition to this, a group of trade unions, social justice groups and individuals have pressed for a reintroduction of Commonwealth royalties for offshore gas projects, currently only subject to the PRRT.

Petroleum industry lobbying has tempered the impact of submissions from the regional councils and the rest. It’s held the same sway as it did in 2010, where the formidable force of industry lobbying was effective against the introduction of the Rudd/Gillard government’s minerals resource rent tax.

What regional councils are calling for

A group of 27 regional councils from all over Australia lodged submissions. These councils were unified in asking for PRRT revenue to be placed in a future fund for regional use.

The council submissions provided details on their problems with financing infrastructure in the wake of mining projects and the need for PRRT revenue for the scheme. For example, Mareeba Shire Council’s submission lists critical infrastructure needs as canvassing: roads, water, waste management, health and education.

The regional councils’ need for early funds is at odds with how the PRRT works. It’s a progressive tax, meaning it adjusts to project profits.

In the case of gas projects, high capital costs result in PRRT collections being delayed by decades. This is not compatible with the needs of a typical regional community.

It will take many years for Shell to break even on the cost of capital invested in its new Australian projects and start to make profits.

Western Australia has long had a Royalties for Regions scheme designed to reinvest funds back into the communities that support the resource sector. Both schemes need the PRRT, as current state royalties are inadequate.

The Isaac Regional Council (in Moranbah, Queensland) submission called for similar scheme as WA’s, outlining its need to have services and infrastructure in place to support the coal seam gas extraction industry.

Isaac’s submission makes sombre reading, covering issues such as legacy impacts of poorly planned industry development. One example of this was a local landfill which was reduced from an estimated 30 year lifespan to just three years due to poor planning.

Issac Regional Council’s submission, like ones from the Western Australian shires of Lake Grace, Merredin, Murchison and Wyalkatchem, all call for PRRT revenues to be directed to a scheme to provide for much-needed community services and infrastructure.

Although setting up such a scheme is outside the review’s of terms of reference, the current design of petroleum taxes will not provide adequate funds for regional communities. So this issue needs to be urgently addressed.

The Treasurer Scott Morrison’s response to the review states:

The report finds the decline in PRRT revenue does not, in itself, indicate the Australian community is being short changed in receiving an equitable return from the development of its resources.

You would think the community, as the owners of mineral resources, would be the best judge of that assessment.

In its response the government indicated it will consider the report outside the current budget, to allow comments to be received on the recommendations. They will get plenty from regional Australia.