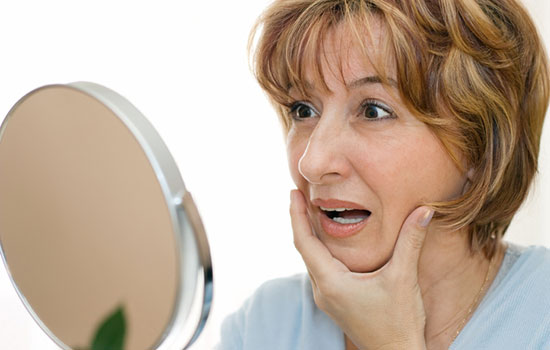 Australia is a sunburnt country, and Australians have an international reputation for having not only some of the highest melanoma rates but also the fastest ageing facial skin, according to a new Monash led study published in the Australasian Journal of Dermatology.

Monash Adjunct Associate Professor Greg Goodman and his colleagues in Melbourne, the US and Singapore, studied the severity and course of self-reported facial ageing among fair-skinned Asian and Caucasian Australian women compared with those living in Canada, the UK and the USA.

More than 1400 women, aged 18-75 years, completed a questionnaire about their facial ageing.

The women compared their features against numbered rating scales depicting degrees of severity for forehead, crow’s feet and glabellar lines (the vertical frown lines between the eyebrows),  tear troughs, midface volume loss, naso-labial folds (the lines between the nose and sides of the upper lip) and oral commissures (lines at the corners of the mouth) and perioral lines, also called smoker’s lines.

Among 1472 women surveyed Australians reported higher rates of change and significantly more severe facial lines and volume-related features like tear troughs and naso-labial folds than women from the other countries.

According to Associate Professor Goodman, more Australians also reported moderate to severe ageing for all features one to two decades earlier than US women.

“Australian women reported more severe signs of facial ageing sooner than other women and volume-related changes up to 20 years earlier than those in the USA,” he said.

Facial ageing signs include wrinkles, loss of volume and sagging, and vascular disorders. The cumulative process of photo-ageing depends primarily on the degree of sun exposure and amount of skin pigment. Skin wrinkling and sagging are observed at a younger age among people with lighter skin, whereas hyper-pigmentation and an uneven skin tone is the initial issue reported, the paper said.