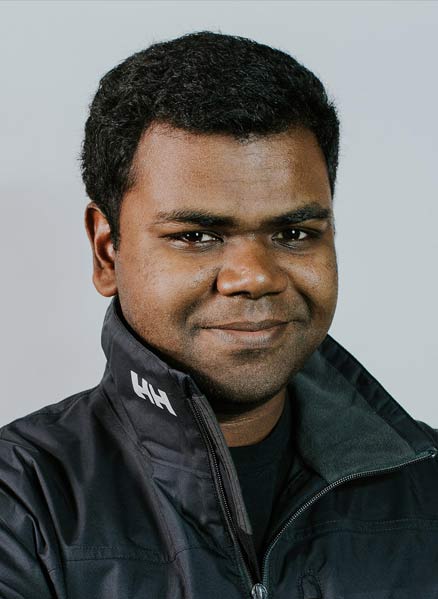 Working as a remote pilot, drone technician and safety manager at an aerial cinematography company is something others might fantasize about, but that Aaron Corera (BAeroEng 2016, BSc 2016) has made a reality. Yes, he’s doing it all at XM2 Aerial, an Australian-based company that tests and operates unmanned aerial vehicles (UAVs) with high-end camera packages.

“We operate these aircraft around the world on feature films, TV shows and commercials,” says Aaron. “Our portfolio includes work on Pirates of the Caribbean, Pacific Rim Uprising, Thor Ragnarok and Lion. And Aquaman, which will be released later this year.”

Not only does Aaron operate and maintain the aircraft and payloads (cargo), he processes documentation and certification required by regulatory bodies such as the Civil Aviation Safety Authority. Ultimately, he ensures the safety of clients, employees and the public.

“I assess the feasibility and potential dangers of our UAV operations, and put into place tools and practices to mitigate risk,” explains Aaron. “Doing this has taken me all over Australia, as well as to the United States and South Korea.”

“Through Monash UAS, I gained skills in leadership, time management and team management. And I had the chance to work on some modern, experimental aircraft,” shares Aaron. “I was also lucky enough to compete in the UAV Challenge, an international search and rescue competition, in which Monash UAS placed sixth and finished as the highest ranked Australian university.”

This experience, alone with some good guidance from mentors, have contributed to Aaron’s success. “A mentor can be anyone you trust enough to confide in and take advice from,” he asserts. “Whether choosing a course or applying for a job, it helps to get different perspectives.”

Aaron believes we must embrace change to drive progress. That makes good sense, but what does he hope to see? “Automated systems to efficiently complete repetitive or dangerous tasks – systems that will save time and money, and remove risk to personnel,” he replies. “Artificial intelligence could transform everything from spotting poachers in Africa to working on the biggest film sets in Hollywood.” And you can bet where Aaron hopes to be.