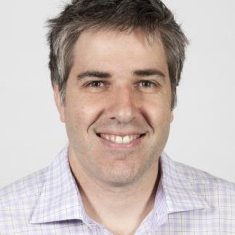 The former biomedical researcher has sold his house, packed up his partner and five children and moved to Los Angeles to pursue a multi-million dollar commercialization deal, which could see his company, 4DX, revolutionise the field of respiratory diagnosis.

Professor Fouras and his research group, the Laboratory for Dynamic Imaging at Monash University, have invented a completely new form of imaging for the lungs. Instead of imaging the shape of the lung, they image the lung’s motion in four dimensions, which allows them to see how the lungs really work.

This technology creates the possibility of much earlier diagnosis of lung disease, which could improve the lives of millions of people.

"The tools that are out there are out of date. They require two or three pieces of diagnostic information to piece together what is happening in someone's lungs," Professor Fouras said. “By imaging the breathing lungs, it is possible to see what is really important, which is how they work, not what they look like.”

Despite a having brilliant career in research, which included being promoted to Professor just six years after finishing his PhD and winning several awards and prestigious grants, Fouras has left the laboratory behind in favour of a more entrepreneurial role. He is now working full-time as the CEO of  4Dx.

“Beyond the technical skills, getting the product and technology into the marketplace so that it can actually make a difference has been one of the biggest challenges for me,” he said.

Currently leading a $4M capital raise, Fouras admits that “learning to talk to investors in their language, and learning to see it from their point of view is essential, because if it’s not investable, it won’t ever happen.”

Professor Fouras completed his undergraduate Engineering (Mechanical) degree at the University of Queensland, before going on to a Masters of Engineering Science and PhD at Monash, where he came into contact with the imaging techniques used in wind tunnels.

That understanding of air flows formed the basis for his groundbreaking biomedical discoveries.

Professor Fouras has had support from Monash University to get his work to this point.

“The idea was ready for commercialization, and Monash University were very helpful in getting the IP out under a license with attractive commercial terms so a company could be founded around it,” he said. “We feel very confident that this is an opportunity to build a multi-billion dollar business downstream.”

Andreas is still proud of the Monash heritage of his invention, saying, “I am really thrilled about having Monash come along with me on this journey”.