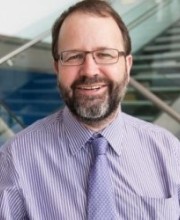 Arthur Lowery is internationally recognised for his innovations in optical communications and commercialisation of research ideas. Arthur has founded two companies, Virtual Photonics Pty Ltd (now VPIphotonics) and Ofidium Pty Ltd). He has also published more than 320 scientific papers. Arthur is the Director of the Monash Vision Group, which aims to develop a bionic eye implant by 2019 and has been funded by the Australian Research Council’s Special Research Initiative in bionic vision. Arthur is a Fellow of the IEEE (for leadership in computer aided design of optical communications systems), ATSE and the IET. He is currently a CI in the Centre for Integrative Brain Function, working on Brain-Machine Interfaces. Between 2011-2017, Arthur was also a Science Leader in the ARC’s Centre of Excellence in Devices for Ultrahigh bandwidth Optical Systems (CUDOS).

As a child, Arthur was always disappointed by the constraints placed on him when constructing Lego and Meccano kits. Bored with simply replicating the image on the box, he wanted to make something capable of producing unknown, unpredictable results. It is this drive that led him to his first breakthrough as an engineer and researcher. With new technology established in his PhD and later developed with colleague Phil Gurney, Arthur founded VPIsystems, a software company whose products have been used to establish high-bandwidth telecommunications networks around Australia, the US, Europe and Russia. The software has become a cornerstone of optical communications research and has been referenced in more than 1000 publications around the world.

Unlike the static constructions kits of his youth, the VPIsystems software is near endlessly flexible, a simulation able to quickly predict the outcome of combining a range of technologies within a data-centric network. Arthur continued this record of translating research into real world success when he joined Monash in 2004. Along with Professor Jean Armstrong, Arthur and Jean turned pioneering bandwidth-boosting research into patented technology – known as optical OFDM (Orthogonal Frequency-Division Multiplexing). Arthur then founded a spin-out company, Ofidium, to develop techniques to increase the transmission capacity of new and existing optical fibre links. Arthur’s research success has been broadly respected. He is Chair of Electrical and Computer Systems Engineering at Monash and has over 200 refereed publications and several patents. He is a Fellow of the Institution of Electrical and Electronic Engineers (USA), the Australian Academy of Technological Sciences and Engineering, and of the Institution of Engineers and Technology (UK). Such a pedigree is needed when you are project leader of a research effort as ambitious as the Monash Vision direct to brain bionic eye collaboration. The project will develop a brain implant to directly stimulate the V1 visual cortex and be appropriate for people of all ages with vision impairment caused by a number of conditions, including glaucoma, macular degeneration and diabetic retinopathy. These three conditions cause up to 85 per cent of cases of clinical blindness. Using digital cameras mounted on a pair of glasses – customised for both indoors and out – Arthur and colleagues from Monash, Alfred Health, MiniFAB and Grey Innovation will be able to send visual signals directly to the brain, bypassing any potentially damaged optics such as the eyeball and optic nerve.

‘The scientific trick is taking the large amounts of information, the megapixels of information coming from the camera and working out the best way to present it in a few hundred pixels, dots of you like, that will be presented on the brain in order to give the maximum amount of useful information,’ Arthur says. ‘Similar to the way radar works or the way the brain makes sense of the blurred images of a movie, it is amazing what you can do with what seems like very limited information. ‘One of the keys is that, just like a movie, the visual information is being updated very rapidly, and your brain is quite good at putting limited information streaming into it into a context. ‘For people with major vision impairment the bionic eye will restore their freedom and independence.’

Arthur founded Virtual Photonics, which became VPIvirtualPhotonics and then VPIphotonics. This company led the development of software tools to enable Photonic Design Automation – the computer modelling and optimisation of photonic devices, circuits and systems. Since 2004, Arthur has been using these tools to design novel photonic systems and algorithms to improve optical fiber links and photonic circuits, particularly in the areas of modulation formats and fiber nonlinearity mitigation. Arthur holds 15 patents in these areas.

Arthur has led the development of a cortical brain machine interface, initially designed to provide rudimentary vision by stimulating the V1 area of the visual cortex. This has received human research ethic approval, and is planned for First-in-Human trails in 2019.

Arthur is also a Chief Investigator in the Centre for Integrative Brain Function (an ARC Centre of Excellence). Here, he is developing wireless recording tiles, to enable brain function to be transmitted externally to the body. Together with the stimulating tiles, these will form a bidirectional brain-machine interface.

As the recipient of an ARC Laureate Fellowship, Arthur is developing novel combinations of electronic and photonic signal processing, to speed the flow of information across optical networks. This work has resulted in six novel photonic chip designs, including all-optical OFDM transmitters, active photonic circuits, devices to improve the packing density of optical channels, and devices for the regeneration and format-conversion for optical signals.

Professor Arthur Lowery’s research interest are in the following area,

1) Bionic Vision: I am the leader of the Monash Vision Group, which is developing a cortical visual prosthesis, funded by an ARC Special Research Initiative

2) Nonlinear Photonic Processing: I am the Science Leader of the Terabit per Second Systems Project in the ARC Centre of Excellence for Ultrahigh bandwidth Devices for Optical Communications (CUDOS). We are developing nonlinear optical circuits to improve the bandwidth and performance of optical systems, including mid-span spectral invertors to compensate optical fiber nonlinearity.

3) Optical OFDM Systems: I am sole CI on an ARC Discovery Project on Next Generation optical OFDM. This is developing linear optical circuits to perform OFDM processing and electronic methods of nonlinearity compensation.

The project aims to enable experiments with full spectrum occupation for transmission over field-deployed optical fibre. Future optical communication systems will have to use the full available spectral bandwidth and advanced multiplexing and modulation to achieve ultimate data capacity over a fibre link. To realistically test such links, experiments must be performed over “real-world” fibre links. By linking three telecoms research laboratories, the project will create a close collaboration optical network that enables this research. Anticipated outcomes are the opportunity to conduct research over field-deployed fibre links and to prototype and test communication technology over real-world links, creating a simplified path to commercialisation.

The Centre will take the next big step in optical systems by transforming photonic integrated circuits into a technology that will have a profound effect on economies and lifestyles around the world. This will enable the Internet to transfer vast amounts of data with significantly improved energy efficiency; it will lead to secure transmission using quantum photonics-based devices, and to the detection of mid-infrared signatures of light from distant stars and complex molecules of environmental or biochemical importance. We will achieve this by developing new materials with optical properties to control light and engineering them into miniature photonic processors.

A single strand of optical fiber can now carry all the world’s internet traffic. Connecting these strands together, into a global network, requires technologies to switch and rejuvenate optical signals. This project will: develop a new scientific framework to optimally combine electronic and photonic processing techniques; implement a powerful and reconfigurable signal processor by integrating cutting-edge electronic processing with custom-designed photonic circuits; demonstrate energy-efficient methods of signal manipulation using this processor. This project will enable Australia to continue to lead the world in optical switching and spin-off technologies, by building the scientific capacity for innovation across multiple disciplines.

The Centre of Excellence for Integrative Brain Function will address one of the greatest scientific challenges of the 21st century – to understand how the brain works. We will investigate complex functions such as attention, prediction and decision-making, which require the coordination of information processing by many areas of the brain. This will require a highly collaborative approach involving neurobiologists, cognitive scientists, engineers and physicists, allowing us to translate our discoveries into novel technologies for the social and economic benefit of all Australians. We will also train a new generation of multidisciplinary researchers, and contribute our expertise to a range of public education and awareness programs.

Restoring vision with a wireless multi-electrode cortical device: towards commercialisation

We propose an integrated, multi-user facility for the generation of extremely wide-bandwidth optical communication signals that will help us to dramatically improve the data handling capability of optical fibres and improve the energy efficiency of optical communication networks. We will modulate the input of an advanced optical transmitter with multi-level, multi-phase signals at multi-Gb/s rates to generate ‘higher-order’ modulation formats at multi-Tb/s rates including OFDM, Nyquist-WDM, regular WDM and OTDM. With this transmitter we will investigate advanced optical communications concepts including ‘constellations’ of phase and intensity, limitations of nonlinearity in optical fibres, signal regeneration, and all-optical routing.

The project will provide vision to sufferers of the three leading causes of blindness in Australia: Age-related macular degeneration (AMD), Glaucoma and diabetic retinopathy (DR), constituting 85% of all blindness. All three cannot be solved using retinal implants, so we will use intracortical microstimulation (ICMS) of the visual cortex, which bypasses the retina and optic nerve, allowing treatment of all visual impairments except the 7% that affect the brain directly. the project brings together a team of experts covering materials science, physiology, vision, electronic processing and neurosurgery. Their goal is human trial, then a commercial prototype with four years.

This state of the art optical communication facility will enable Australian researchers to validate optical technologies crucial for the development and deployment of ultrahigh speed optical networks. It will provide multiple sources of greater than 50 Gbaud data rate, to enable the generation and transmission of higher bitrate signals encoded with more spectrally efficient data modulation formats required for a more energy efficient, and broader bandwidth internet based on higher-speed Ethernet (100Gbit/s to 1Tbit/s). It will support collaboration within and between CUDOS and collaborating organizations, and enhance interactions with industry, including Finisar and strengthen strategic support of the proposed National Broadband Network.

Our aim is to create a new generation of optical communication systems. Applications will include intercontinental optical fibre backbone, high speed optical fibre local area networks and optical wireless personal area networks based on infrared rather than radio frequency transmission. Infrared wireless solves the licensing and interference problems associated with radio systems. In optical fibre applications the new technology will allow higher data rates on existing fibres without expensive replacement of the fibre. Only the ends of the systems need to be upgraded. The new systems self-adapt to give the maximum transmission capacity in any situation, just as cable modems do in copper broadband systems.

Silicon is a material where the extraordinary is made ordinary. Silicon continues to dominate the microelectronics industry because of its wide availability and remarkable chemical, thermal and mechanical properties that enable easy processing to vastly alter its properties. Siliconized optics (or silicon-based optics) provides a new platform for the monolithic integration of optics and microelectronics. In this project, a multi-disciplinary team consisting of pioneers of nonlinear optics and siliconized photonics build a next-generation broadband silicon optical amplifier which can open the door to a new hybrid technology enabling the realisation of low-power, wide-bandwidth, high-speed and ultra-small optoelectronic devices.