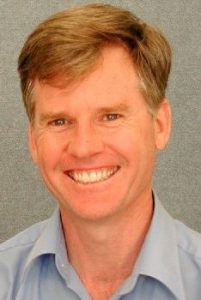 Research Facility in Laser-Based Sensing and Tracking for Dynamic Measurements

The project will provide vision to sufferers of the three leading causes of blindness in Australia: Age-related macular degeneration (AMD), Glaucoma and diabetic retinopathy (DR), constituting 85% of all blindness. All three cannot be solved using retinal implants, so we will use intracortical microstimulation (ICMS) of the visual cortex, which bypasses the retina and optic nerve, allowing treatment of all visual impairments except the 7% that affect the brain directly. the project brings together a team of experts covering materials science, physiology, vision, electronic processing and neurosurgery. Their goal is human trial, then a commerical prototype with four years.

Robotics research is heavily dependent on fast, accurate, reliable and cheap sensors. Sonar sensing can fulfil these requirements in air and underwater environments. This project will advance this sensor technology by providing sonar with high-speed accurate measurement and classification capabilities that function on moving platforms. The sonar will adapt and monitor differing environmental conditions allowing the sensor data to be integrated better with other sensors, such as laser and stereo vision. Interference rejection will be incorporated that will allow the sensor to operate in conjunction with other sonar. Applications of the technology will be robotic mapping, localisation, navigation and exploration.

Sensor networks, a collection of diverse sensors interconnected via an aad-hoc communication network, are identified as one of the key technologies ahta over the next two decades will change the way we live. This research network brings together an interdisciplinary team of outstanding Australian researchers respresenting all the key disciplines required to successfully deploy sensor networks and links this team with the foremost international authorities and leading industry players in the area of sensor networks. This research network wil guide collaborative research that will ensure Australia to play a world leading role in sensor network development and implementation.

Centre of Research Excellence for Perceptive and Intelligent Machines in Complex Environments.