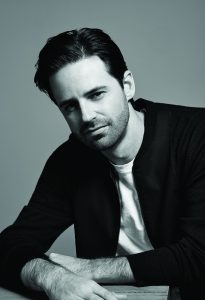 Associate Professor Matthew Hill is an Australian Research Council Future Fellow and the Winner of a 2014 Australian Prime Minister’s Prize for Science. Matthew leads an interdisciplinary team of researchers that are actively involved with industry partners to bring exciting discoveries in the laboratory to market. He holds a joint position between CSIRO and Monash. His research areas include development and application of porous materials: storage, separation and triggered release of small molecules with adsorbents and membranes, flow chemistry, lithium-sulfur batteries and supercapacitors.

UNIVERSITY OF COLORADO AT BOULDER

UNIVERSITY OF CALIFORNIA AT BERKELEY

Victorian Young Tall Poppy of the Year, Australian Institute for Policy and Science.

Matthew’s research interest are in the following areas, Development and application of porous materials: storage, separation and triggered release of small molecules with adsorbents and membranes, flow chemistry, lithium-sulfur batteries and supercapacitors.

CO2Gen - A product that produces pure CO2 directly from the atmosphere

We are developing a direct air capture (DAC) product (CO2Gen) that can capture CO2 from ambient air and convert it to pure CO2.

The Hub aims to develop advanced separation materials, innovative products and smart processes to reduce the energy consumption of separation processes which underpin Australian industry. The Hub focuses on the development, synthesis, characterisation and integration of advanced materials (membranes, adsorbents and resins), across scales to enable novel products. The intended research outcomes allow the majority of Australian industry to become more energy-efficient and cost-competitive in a global economy. The Hub also aims to develop a highly-trained, industry-ready workforce and advance Australia’s capability as a world-leading technology provider in manufacturing advanced separation materials and equipment.